An empty space has been left in the Good Samaritan Dr. Gerald Zetter Care Centre parking lot where a bus used to sit before being its catalytic converter was stolen.

EDMONTON -- An empty parking spot outside Edmonton's Good Samaritan Dr. Gerald Zetter Care Centre represents something missing from the lives of those inside, as well.

For the third time in just a year and a half, the Good Samaritan Society says it's bus has been put out of commission by thieves looking for catalytic converters. 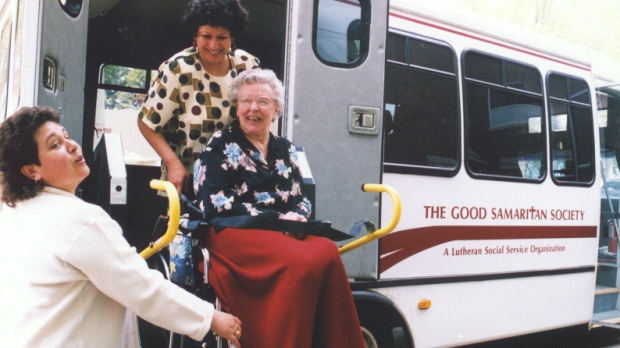 In this undated photo, two employees help a resident off the care facility's bus, which has been targeted by thieves three times in the last year and a half. (Photo provided.)

The device helps reduce exhaust emissions and may fetch a few hundred dollars if sold. Similarly, a missing catalytic converter costs the non-profit center $2,750 to replace.

"It's a frustration because our residents really rely on those out trips," explained Crystal de Jong, site manager.

De Jong told CTV News Edmonton having the facility's bus out of commision causes "a huge impact" to residents' quality of life.

The wheelchair-accessible bus is the only option for many senior residents to get out of the building and explore the city.

For 95-year-old resident Hazel Dolphin, trips outside the center are an important change of pace her. 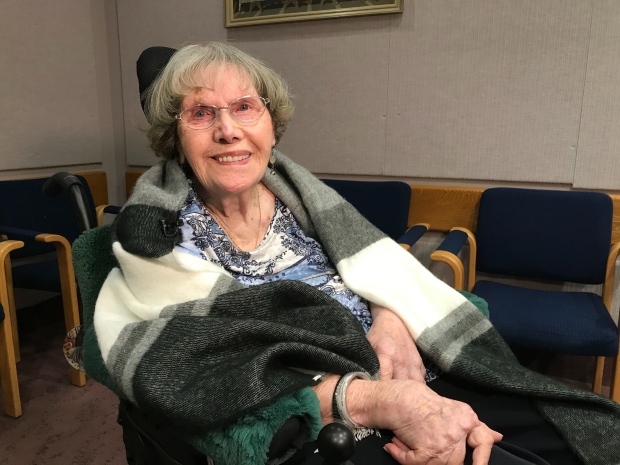 "I, myself, like to go to the nursery... I love flowers and plants," she said, smiling.

Hazel had a message for the thieves: "I would like to point out to them to think of their own grandparents, or elderly parents in a home like this and how they would feel."

The Good Samaritan Society is collecting donations so it can build a fence around the bus to keep further thefts from happening.

Edmonton Police Service receives on average five reports of catalytic converter thefts each day. Since Oct. 1, it has counted 653 such thefts.