EDMONTON -- Several west Edmonton businesses were left with a mess Wednesday morning after a vandal smashed their front windows and stole merchandise.

Sweet Convenience, a candy store on 107 Avenue, was hit just before 7 a.m. The thief made off with about $500 worth of bars.

No cash had been left in the register.

It’s not the first time the store has been broken into, the owner said.

"I don't know if it's kind of the shopping area, that we're kind of secluded here, and the development hasn't happened as much as we would like,” Laurie Radostits told CTV News Edmonton.

“Or just the economy right now with the pandemic and everything; people are desperate."

On the same street, myFries Poutinerie was also struck. 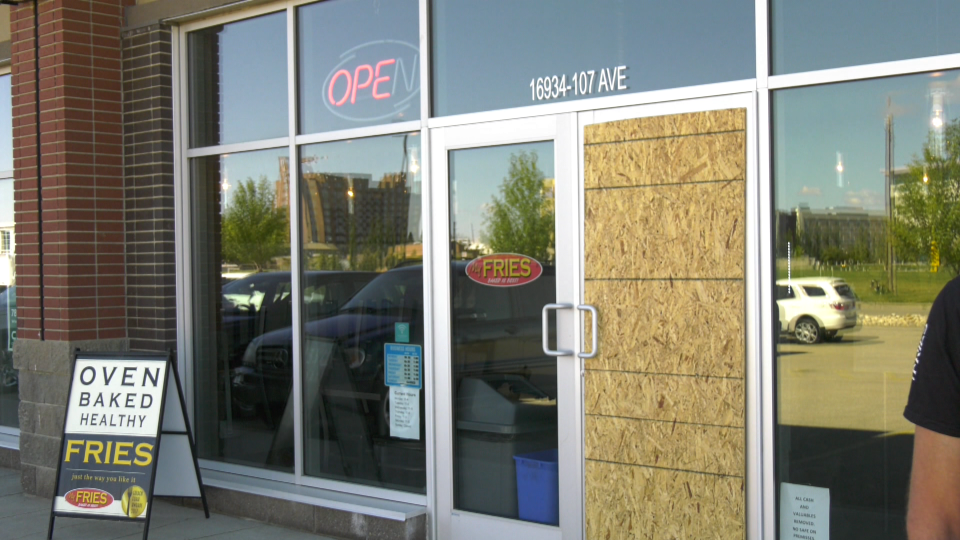 “They can walk up, smash the window and walk in,” owner Maarten Verstoep said.

“They can have a drink if they want because there’s nobody driving by – but there’s really nothing to get either.”

Edmonton Police Service said it responded to reports of break-and-enters at five businesses in the area of 107 Avenue and 169 Street Wednesday morning.

EPS also confirmed it is investigating 11 break-and-enters that happened on Monday in the areas of Mullen Road, Saddleback Road, 23 Avenue and Terwillegar Towne – but local business owners say they’ve heard of dozens more.

Police have no suspects.