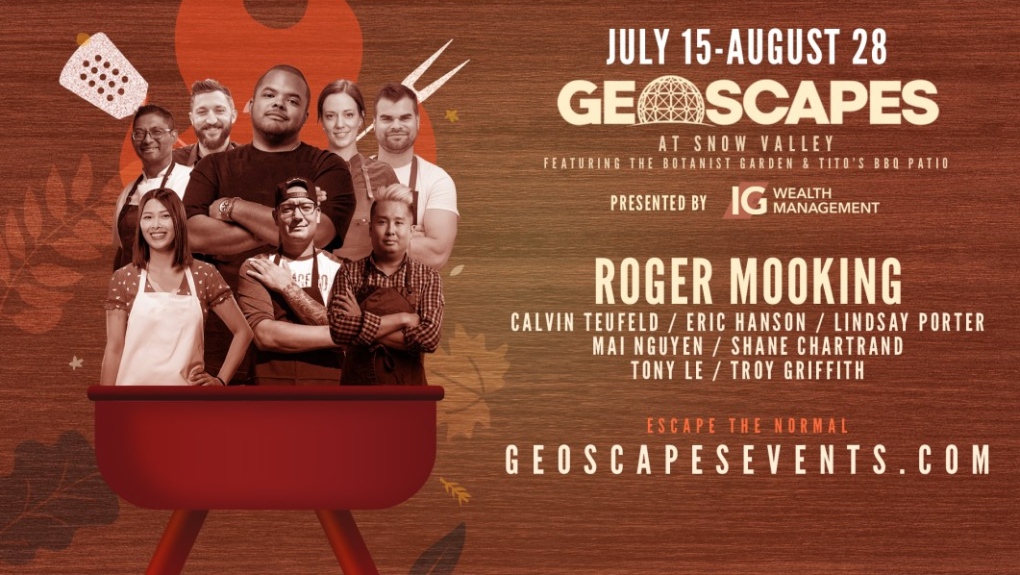 Snow Valley will be hosting a summer series of fine dining and celebrity chefs starting Thursday.

“Snow Valley Geoscapes” will feature celebrity Chef Roger Mooking of “Man, Fire, Food” – a show on The Food Network in the midst of producing its 10th season.

Mooking was born in Trinidad and raised in Edmonton.

"It's kind of the first time I'm coming back home in a long time, in almost a decade, so it's really exciting to be home," he said. "I get to hang out with my family...but also I get to feed the community that raised me."

Tickets can be purchased online.