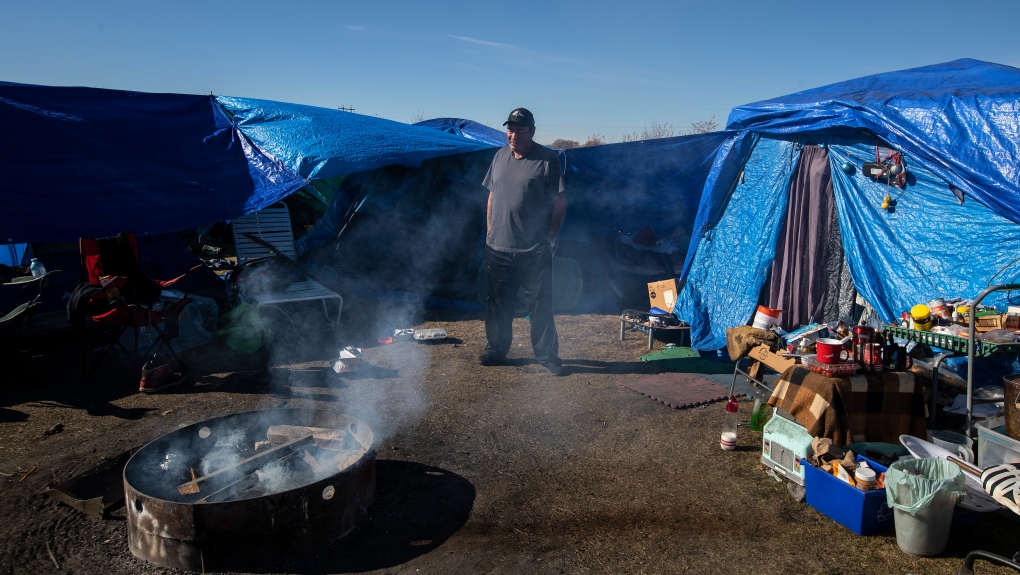 Alvin Johnson is seen at a homeless encampment set up in Wetaskiwin, Alta., on Saturday, Oct. 9, 2021. THE CANADIAN PRESS/Jason Franson
WETASKIWIN -

A central Alberta city is closing a homeless encampment with help from Mounties because of safety risks it says will persist if it remains open.

Wetaskiwin voted last week to close “tent city” as most, if not all, people who were living there are now using the nearby warming shelter run by the Mustard Seed or the Samson Cree shelter.

Local fire services say they attended multiple fire-related calls to the camp since it opened in August, including one severe structure fire where “the possibility of death was very imminent,” and two instances where people sustained serious burns after falling into flames.

At one point, up to 60 people lived rough in the camp after the city forced the closure of its only shelter, but numbers dwindled with frigid temperatures and hindered social agency supports.

Provincial funding for the temporary shelter, which is a stone's throw from the camp, is in place until March with no clear plans by the city on what happens if or when it closes.

This report by The Canadian Press was first published Jan. 28, 2022.