CEO of Habitat Edmonton steps down amid legal dispute 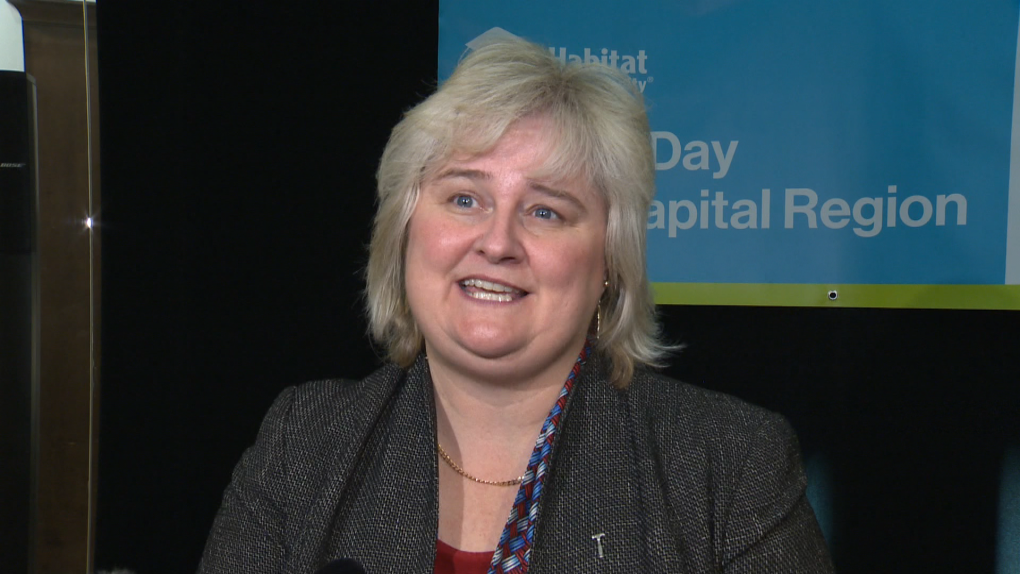 EDMONTON -- The CEO of Habitat for Humanity's Edmonton chapter is stepping down from her role in the midst of a legal battle with families living at Carter Place.

He also apologized to Carter Place families, who launched legal action after Habitat changed the deal it offered for new mortgages. Their zero-interest mortgages were split into two mortgages, one of which carried below-market interest.

"The past several months have been challenging and difficult for everyone involved in a legal dispute that has been ongoing with some of our partner families in Edmonton," Bruce wrote.

"We deeply regret the length of time this dispute has gone on without being resolved and the disappointment this has created for both the families involved and the larger Habitat community."

A rally was held Monday outside Habitat's Edmonton ReStore that included families at Carter Place, which was built through the Habitat program, and members of Black Lives Matter Edmonton, who said they were supporting low-income families.

Fifty-seven of the Carter Place families launched legal action earlier this month saying they were at risk of being displaced due to the mortgage change.

In mid-June, Bruce said families’ monthly payments wouldn't change and that the loan will help them build credit.

He echoed that in Tuesday's statement, but said Habitat recognized "that we could have done better in communicating not only the change, but the many steps we took to make sure it was a good offer for families. We will do better in the future."

He said no evictions are planned and no families are being asked to leave during mediation.

Habitat Edmonton says the change will also help pay down debt. The non-profit is running a $27-million deficit.

Habitat Edmonton's 2019 annual report showed it faced a major cutback on government grants last year, going from more than $3.5-million in 2018 to just over $754,000 a year later.