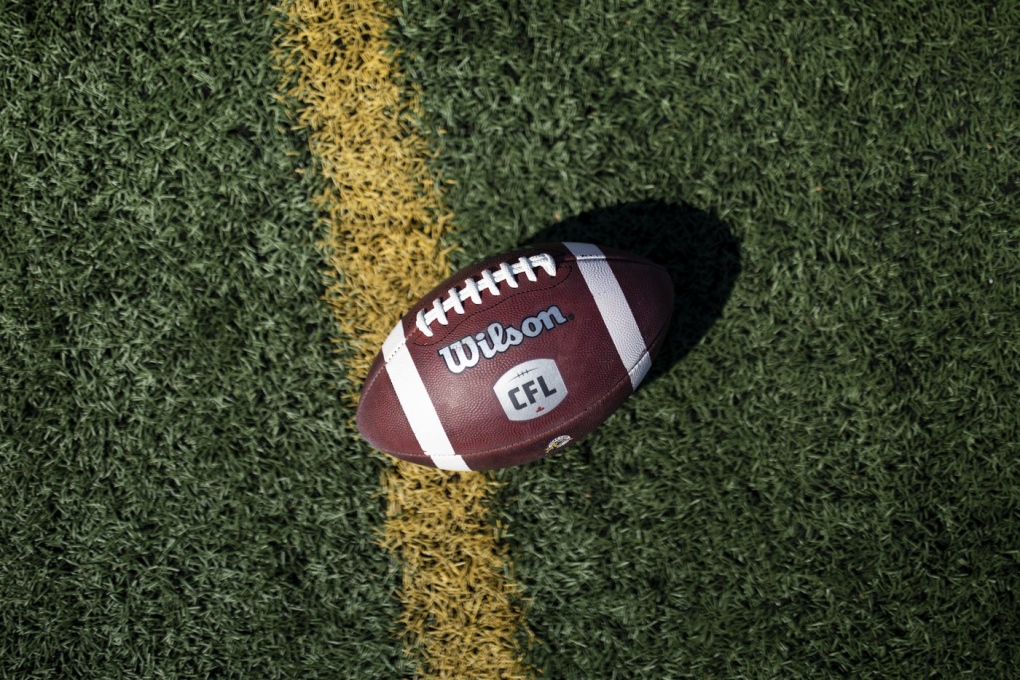 Commissioner Randy Ambrosie and the CFL have put the CFL Players' Association back on the clock.

Ambrosie said Tuesday the league tabled a final amended collective bargaining agreement to the players Monday night, a deal that will remain on the table until midnight ET on Thursday. He added the new contract addressed the biggest concerns the CFLPA membership had with the previous proposal: the implementation of a ratification bonus and changing the Canadian ratio.

Ambrosie said the amended offer contains a $1-million ratification bonus pool for players. It also reduces the proposed number of nationalized Canadians — Americans who've spent either four years in the CFL or at least three with the same team — from four to one while also cutting back on the number of Canadian starters from seven to six.

And that's not expected to sit well with CFL players. On Monday, they rejected a tentative seven-year agreement between the league and their union that called for Canadian starters to increase to eight, including one nationalized Canadian. In addition, three other nationalized Canadians could play up to 49 per cent of all snaps on either side of the ball.

"We know our roster challenges don't surface when all of your players are healthy," Ambrosie said. "But ours is a collision sport where players get hurt and once you get deeper into your roster, often those players aren't quite ready.

"That's why we protected all of the roster spots to make sure Canadians have the chance to be on rosters and train and develop themselves. This protects Canadian jobs, which all of our teams felt strongly about. It rewards American athletes for a contribution they make to our teams and communities."

CFLPA executive director Brian Ramsay said the league's offer was more like an ultimatum and not a partnership which the league has often maintained has been its goal in contract talks.

"Yes this is an ultimatum with a deadline," Ramsay said. "It feels very much like the way the old CFL does business.

"I think a partnership creates solutions. Right now, our members are still on the field as we try to create solutions while the CFL issues ultimatums. Coming out publicly like this isn't the right approach. They did try this May 14 and it didn't work then and we're confident through our player reps that our membership will see that now."

This marks the second time Ambrosie has gone public with a final contract offer to the CFLPA. On May 14, he posted a letter to fans on the league's website detailing the league's proposal to players hours before the former CBA was set to expire.

Ramsay divulged that the CFL's ratification fund would come from the league's revenue-sharing plan that's been agreed to in this current proposal. And he said there's little chance the amended ratio will fly with CFL players.

"Throughout bargaining we've told them repeatedly this would be a problematic issue for our membership," Ramsay said. "Nonetheless, we've negotiated up from their initial eradication of the ratio from zero and we agreed to put that as part of complete package in front of our membership with our support and that of our player reps and it failed.

"They now want to put the same issues on the table in a different format, deadline us, deadline our members and expect a different result."

As for the proposed bonus, Ramsay added: "The reality is, though, these funds will come out of the players' portion of the revenue-sharing model. We appreciate the gesture to get this into our membership's hands now, but it must be clear this would be offering the players their own future money as a settlement."

As for if the CFL membership will formally vote on the new proposal, Ramsay said: "We've taken it to our player reps and we've asked them to brief their rooms on it and as it stands now it would not have support. They cannot expect a different result based upon the same issue being on the table.''

The league and union reached a tentative agreement Wednesday, four days after players with seven of the league’s nine teams went on strike. It marked just the second work stoppage in league history and first since 1974.

But Ambrosie said the league has no more room to negotiate.

"The deal that went for ratification was one supported by the players' executive and player reps that we felt was a win-win and a great opportunity to build a new future. We just made two adjustments that we think make it even better and we just feel it's time now to stand by this deal and get back to playing football."

Ramsay kind of agreed with Ambrosie's statement the deal was "transformational."

"I think it has the potential to be a transformational deal," he said. "But I think the tactics that we continue to see take away from the impact of the package."

Ramsay disagreed with the notion that the CFL and union are at an impasse and said there remains time for the two sides to continue talking.

"No we're not (at an impasse)," he said. "There should be talks and I'd imagine there will be talks between now and then because at the end of the day I believe both parties want to find a solution to this.

"I know our members want to play football. Timing has always been an issue and the pressures put on our members through the timing of this bargaining process are not reflective of the new partnership that we were told we were working toward."

The CFL's exhibition schedule is slated to open Friday night with the Toronto Argonauts visiting the Ottawa Redblacks and the Winnipeg Blue Bombers entertaining the Edmonton Elks. On Tuesday, Winnipeg president Wade Miller, expressed hope his team's contest will go ahead.

"We are optimistic that Friday's pre-season game will be played as scheduled," Miller said in a tweet released by the Bombers. "Once we have further information, we will provide you with more details."

The Calgary Stampeders were equally as hopeful their exhibition game Saturday night against the B.C. Lions would be played.

"We are optimistic that Saturday's pre-season game will be played as scheduled," Stampeders president/GM John Hufnagel said in a tweet released by the club. "Once we have further information, we will provide Stamps fans with further details."

But it's difficult to see any games being played if the players turn down the league's latest offer. A longer second work stoppage would also put the June 9 regular-season start in jeopardy.

Ambrosie said if the deal is rejected and players go back on strike, they'll be served notice to vacate their respective training-camp facilities.

"That's not something we want to do," Ambrosie said. "Essentially this would be a second strike … and by that point we'll be starting to suffer revenue losses and many things change for us.

"That's why I believe this is the best we're going to do. It's a win-win deal but it's more than that, it's a win-win partnership and that's what I and my colleagues want to focus on."

The past two seasons have been difficult for both the league and players. After no games were played in 2020 due to the COVID-19 pandemic — reportedly costing the league between $60 and $80 million — teams participated in an abbreviated 14-game campaign last year.

"We've got two pre-season games Friday and two more Saturday," Ambrosie said. "Look, at this stage we know there will be consequences and effects to the league if, heaven forbid, we start missing games."

In Ambrosie's mind, this offer is a big win for the league and players.

"I believe in my head and in my heart this arrangement that's on the table today is the dawning of a new era, of prosperity for this league," he said. "I'm hoping and praying the players will choose to vote and ratify this arrangement because I believe this sets us all up for the kind of future we've all wanted going back generations.

"None of the struggles or tribulations that go with bargaining should get in the way of what you want. You want to ultimately build a long-term, mutually beneficial partnership with our players. Our respect for our players hasn't waned or diminished one bit. We just want to get this done and fulfil the promise we've made to our fans and stakeholders in having a 2022 season and one that's a cause for great celebration."

This report by The Canadian Press was first published May 24, 2022.

Patrick Brown has been disqualified from the federal Conservative leadership race, after ballots have already begun to be mailed out, and his campaign is fighting back against what it calls anonymous allegations.

Woman who was set on fire on Toronto bus has died, police confirm

Boy, 2, orphaned after both parents killed in Fourth of July parade shooting

Kevin McCarthy, 37, and Irina McCarthy, 35, the parents of a two-year-old boy, were among seven people killed in the Chicago-area mass shooting on July 4.

Australian authorities have charged 12 members of a religious group with the alleged murder of an 8-year-old girl, police said in a statement Tuesday.

Jayland Walker was handcuffed when his body arrived at the medical examiner's office: autopsy report

Jayland Walker was handcuffed behind his back when his body arrived at the coroner's office to be processed as part of the investigation into the officers who shot and killed him in Akron last week, according to a medical examiner's report that was reviewed by CNN.

A high school friend of B.C. teen Amanda Todd has testified he took action when he saw what he described as a 'pornographic' picture of her on Facebook in November 2011.

The man charged with killing seven people when he unleashed a hail of bullets on an Independence Day parade from a rooftop in suburban Chicago legally bought the high-powered rifle used in the shooting and four other weapons, despite threatening violence, police said.