CFL says they have reached a tentative deal with CFLPA 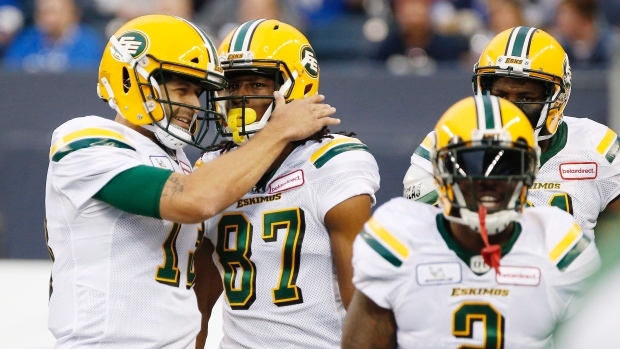 The CFL says they have reached a tentative agreement on a new collective bargaining agreement with the CFLPA.

The deal still has to be ratified by the players and the league’s board of governors.

According to a pair of sources, the two sides met into the night Monday and got a head start on talks early Tuesday morning, with the expectation that negotiations will again go into the night. This round of bargaining began Sunday night and Tuesday's session was the final scheduled face-to-face session prior to the end of the current deal, which is set to expire Saturday.

Last week, union executive director Brian Ramsay painted a rather negative picture regarding the state of negotiations. He emerged from three days of talks saying the two sides weren't "necessarily where we need to be right now," in order to reach a settlement.

However, for the first time in these negotiations the CFL and CFLPA met on a weekend (Sunday) and continued talking into the evening (Monday).

The CFL faced a threat of a partial strike at the start of training camp if a new deal couldn't be reached by Saturday. Ramsay said last week without a new agreement players with the B.C. Lions, Saskatchewan Roughriders, Winnipeg Blue Bombers and Montreal Alouettes wouldn't report to the start of their respective training camps.

That's because they'd be in a legal strike position and had been instructed by the union not to show up.

Players on CFL teams in Alberta (Edmonton and Calgary) and Ontario (Ottawa, Toronto and Hamilton) have been told to report to the start of camp because Ramsay said they won't be in a legal strike position until May 23. On that date, the union would be in a position to orchestrate a full work stoppage.

However, Ramsay has continually stated the union's top priority is securing a fair and equitable deal with the CFL.

Contract talks in 2014 between the CFL and CFLPA were testy. Negotiations broke down several times and there was even a threat of a strike before players ultimately reported to camp and both sides hammered out a five-year agreement.

CFL players have gone on strike once, in 1974, but the situation was settled prior to the start of the regular season.