Charges against Mexican resort where 3 Albertans were killed get dropped 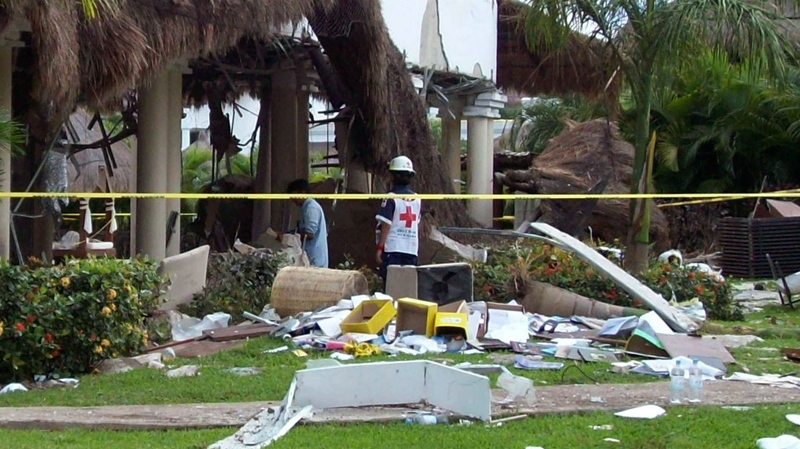 Charges against a Mexican resort where three Albertans were killed last year have been dropped by Mexican authorities.

The Grand Princess Riviera Hotel is the site where five Canadians and two workers were killed in an explosion back in November of last year.

51-year-old Darlene Ferguson, from the Ardrossan area, was among the victims. She had travelled south for her son's wedding.

Other Canadians killed in the incident were Drumheller's 41-year-old Christopher Charmont and his nine-year-old son John.

Eight other people suffered injuries in the incident.

Charges against five employees and contractors laid in January have now been withdrawn.

Investigators had laid charges ranging from homicide to professional misconduct after it was revealed that an there was an unauthorized extension of a gas line under the hotel lounge where the blast occurred. It's alleged the gas line was not properly reported, installed or maintained.

In a statement, Foreign Affairs says "Since the tragedy, the Government of Canada has provided consular support to the victims' families and has pressed Mexican authorities to ensure a timely and transparent investigation. We are disappointed that the Mexican judicial system has not proceeded with charges against the individuals responsible for this incident."

Foreign Affairs did not elaborate as to why the charges were withdrawn.

With files from Simon Ostler