EDMONTON -- Edmonton police have arrested three people they say were involved in a random shooting in February 2020, and are looking for a fourth suspect.

A 28-year-old Edmonton woman was hit by a stray bullet while asleep inside a townhome on Feb. 29. Four homes were hit by bullets.

Four people were initially arrested at another residence in the complex near 38 Avenue and 78 Street. Police found a loaded SKS rifle with a prohibited magazine, a second loaded magazine and several loose cartridges.

The Edmonton Police Service confirmed Thursday the investigation was completed in November with the help of the RCMP laboratory for ballistic and forensic analysis.

Three people have been arrested and are facing a number of charges:

Nikosis Stevenson, 24, is wanted on 10 outstanding warrants. Seven are related to this investigation. 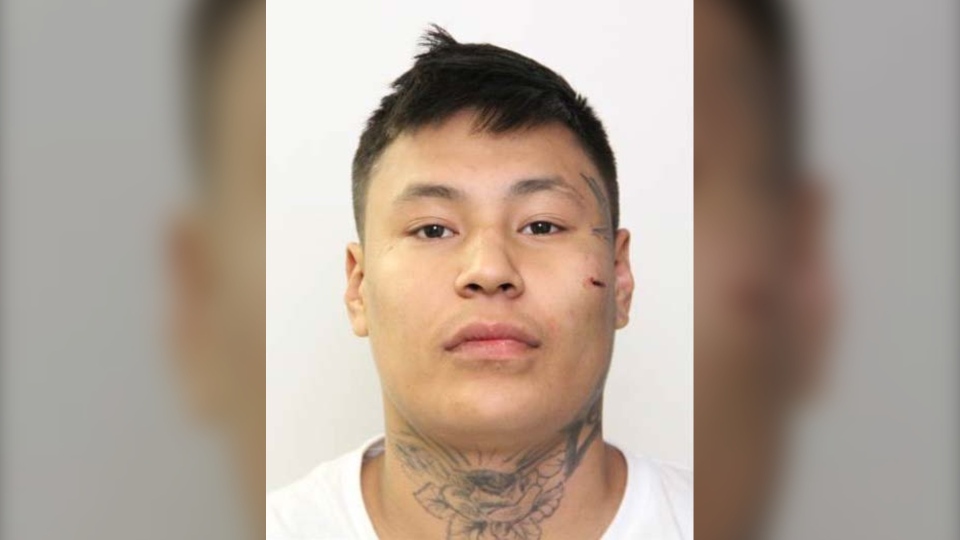 HALF OF SHOOTINGS IN 2020 TARGETED: EPS

S/Sgt. Pierre Blais with the drug and gang enforcement section said he was pleased that EPS was able to solve this case, but said addressing gun crime will require the public's help.

"We can't arrest ourselves out of this situation. We need your information," Blais said. "We need the community and the community leaders to come together and collectively work with us to stop the senseless gun violence that is occurring currently in Edmonton."

EPS Chief Dale McFee said in October that Edmonton's gun violence is disproportionate when compared to the rest of the country.