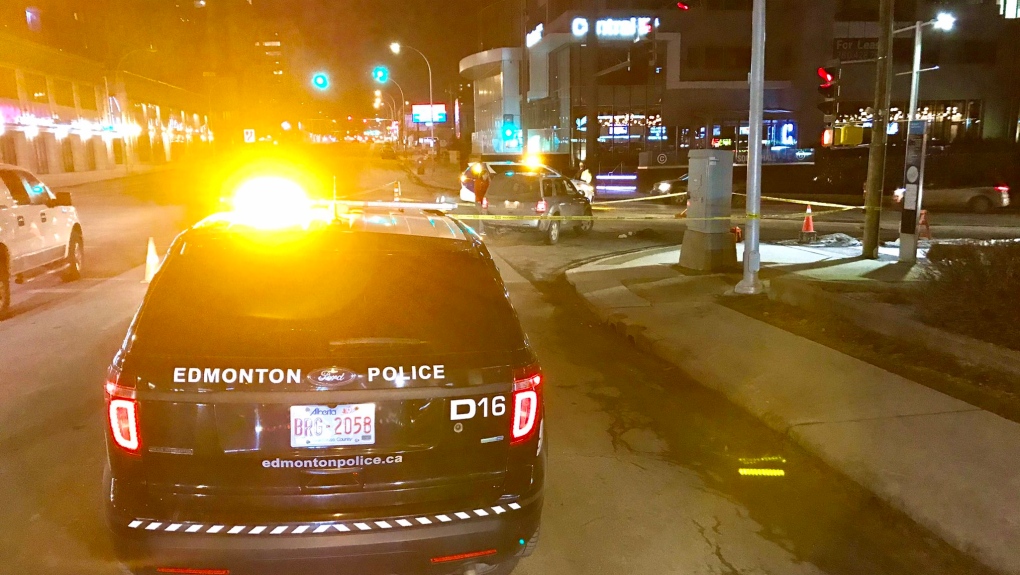 A pedestrian was hit at the intersection of Jasper Avenue and 109 Street on Wednesday, Feb. 24, 2021. (Sean Amato/CTV News Edmonton)

EDMONTON -- Charges are pending against the driver who hit a pedestrian at one of Edmonton's busiest intersections Wednesday night.

A 23-year-old woman crossing the intersection of Jasper Avenue and 109 Street was struck by an SUV turning west on Jasper Avenue at approximately 9 p.m.

She was taken to hospital with non-life threatening injuries, police said Thursday.

The 36-year-old driver was not injured and charges are pending against her, police said.

Jasper Avenue's westbound lanes at 109 Street were closed while police were on scene.