Check to make sure you still have your own license plate: EPS 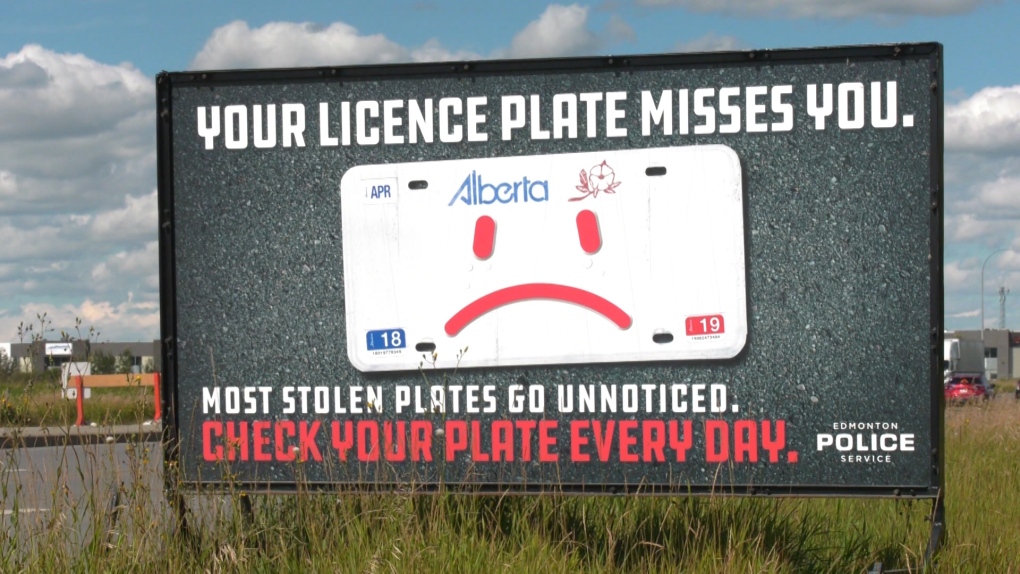 EPS is reminding people to check to make sure they still have their own license plates on their vehicles. Tuesday Aug. 25, 2020 (CTV News Edmonton)

EDMONTON -- Edmonton police are reminding drivers to check that they still have their own license plates on their vehicles.

“If you know your plate, the first three letters or the last 4 digits of it, just pay attention, occasionally, to see that it’s actually the right plate on your vehicle.”

Most stolen plates go unnoticed according to a new EPS billboard ad.

Bates said that thieves will try to swap the plate on a stolen vehicle with another of the same model and colour, as a way of avoiding detection by officers that are only checking plates.

“It just gives them the cover of being able to go about doing their crime without fear of being intercepted by police because of a stolen plate.”

Aside from the cost of a new license plate, drivers can also face a multitude of other problems from having plates stolen.

“It can create quite a headache for you down the road with automated enforcement where things start racking up on your registration.”

Bates said that using fasteners with unusual heads can help deter thieves and that most stolen plates are crimes of opportunity where screws can be removed by hand, without tools.

Year stickers have also been known to go missing, but Bates said that isn’t as common as entire plates being stolen.

If you find your license plate has been swapped or stolen you are encouraged to report the theft to both police and an Alberta registry office to obtain a new plate.