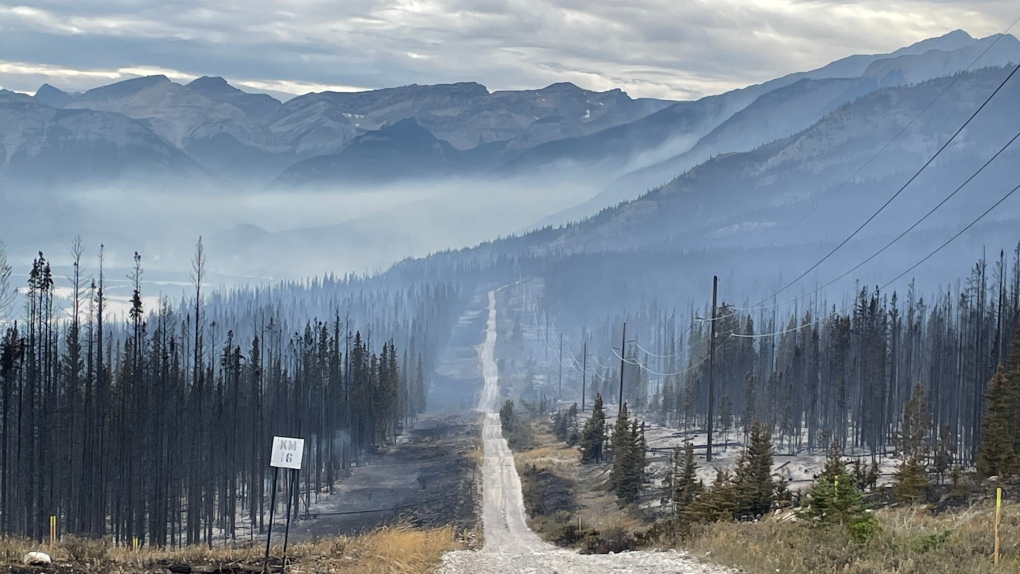 Smoke from the Chetamon Wildifre blows across Jasper National Park in this undated photo taken in September 2022. (Source: Parks Canada)

Parks Canada is ceasing firefighting efforts on part of Chetamon Wildfire in Jasper National Park for the ecological benefits.

Parks Canada announced Monday it would let the roughly 6,000-hectare blaze east of the Jasper townsite spread into the Chetamon Mountain basin and the valleys of Vine Creek, Corral Creek and Snake-Indian River.

"Fires have many ecological benefits; they reduce fuels, release nutrients and allow for a mosaic of ecosystems that support a diversity of plants and wildlife," Parks Canada said in a statement.

"By allowing fire to burn in these areas, Jasper National Park will have renewed habitat for wildlife like grizzly bears, wolves, and elk."

Parks Canada also noted that letting the fire spread now – and eat up branches, logs, shrubs and other fire fuels – could help create a "fuel break," limiting the spread of future wildfires.

"By allowing certain areas of the Chetamon wildfire to grow under monitored conditions, vegetation will be reduced. The fuel break this creates will ultimately prevent future catastrophic wildfires that start in the northwest from spreading toward communities and infrastructure."

NO THREAT TO COMMUNITIES

The southern point of Chetamon Fire is located about 15 kilometres east of the Jasper townsite.

On Monday, there continued to be no risk to communities.

Valleys, rocky ridges, water, and low-lying moist areas are expected to contain the fire naturally as the western flank spreads.

Fire activity is expected to pick up over the week, as the forecast contains warm temperatures and no precipitation.

Officials expect the blaze to grow a couple hundred hectares along the west flank, at most, in the coming weeks.

Residents and visitors were told to expect to see smoke, flare ups, and potentially torching happening in the area for several weeks.

Parks Canada said it would respond accordingly if conditions changed.