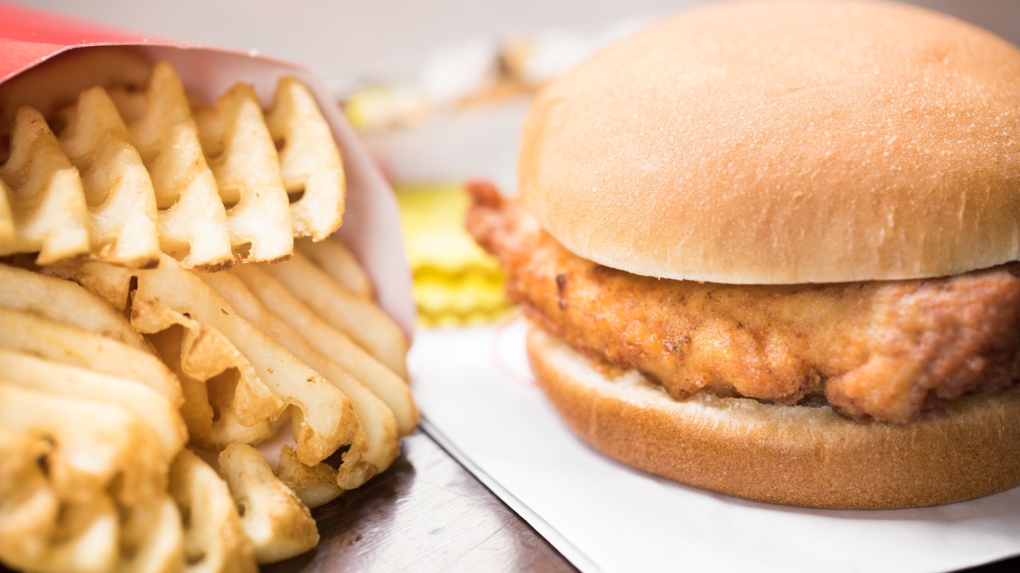 A popular fast-food fried chicken restaurant will come to Alberta in the next few years as part of a massive Canadian expansion.

Chick-fil-A, based out of Georgia, says it will triple the number of stores in Canada, growing from six to 20 by 2025, and then seven to 10 more restaurants per year after that. It is best known for chicken sandwiches and iconic waffle fries.

Alberta is to receive restaurants "in the coming years." When asked by CTV News Edmonton where those new locations would be, Chick-fil-A said it could not provide any further information.

"We're excited for the opportunity to serve more guests and to invest in more communities across the country," said Anita Costello, chief international officer.

"Canadians can look forward to an authentic Chick-fil-A experience at each of our locations: delicious food prepared with high-quality ingredients, served with our signature hospitality," Costello added in a statement.

Construction has started on new locations in Ontario, including Vaughan and Barrie. Additional announced locations include Toronto Eaton Centre, Square One and Shops at Don Mills.

The fast food shop opened a Canadian location in Toronto at Yonge & Bloor three years ago. It now has three other locations in the Greater Toronto Area and one in Kitchener, Ont.

Chick-fil-A opened a restaurant at the Calgary airport in 2014, but Google shows it is permanently closed.

Dozens of Muslim philanthropic groups and several civil liberty organizations are urging Prime Minister Justin Trudeau to ensure that the Taxpayers’ Ombudsman office can access all the information it needs to conduct a systemic review of how the Canada Revenue Agency treats and audits Muslim-led charities, after a 2021 report accused the CRA of 'implicit biases and practices.'