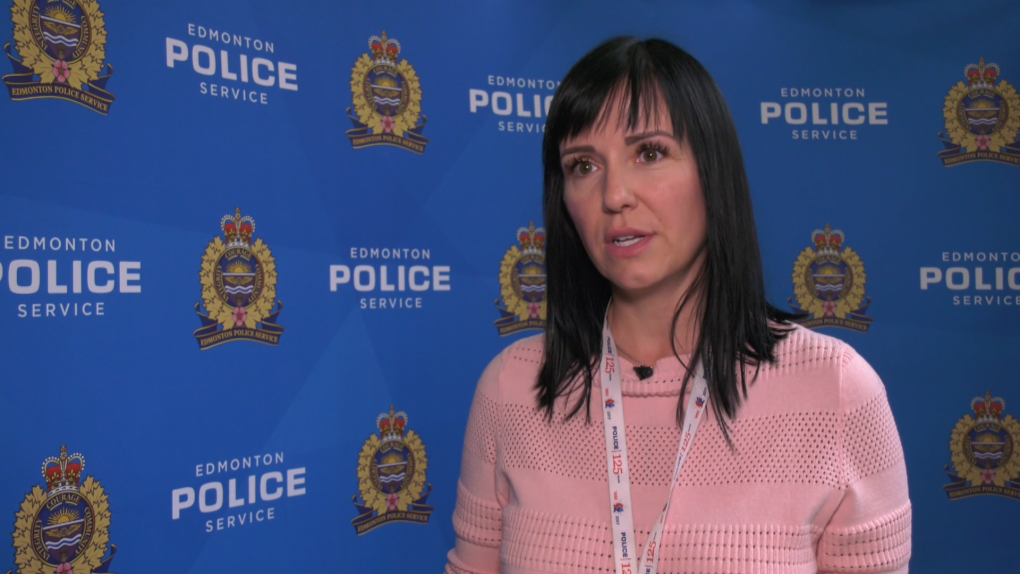 EDMONTON -- Edmonton’s police chief says a series of social media posts made by a senior staff member “in no way represent or reflect the views of the Edmonton Police Service or its members.”

In the earliest post, dated Nov. 29, Mokrzan warned that those who advocate for lockdowns are “complicit in murder” and said “a line is being crossed.” 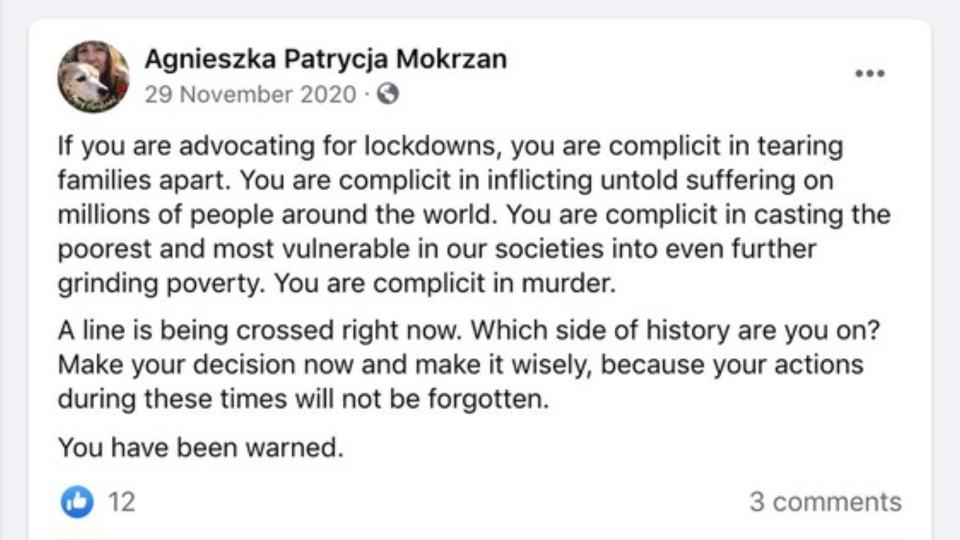 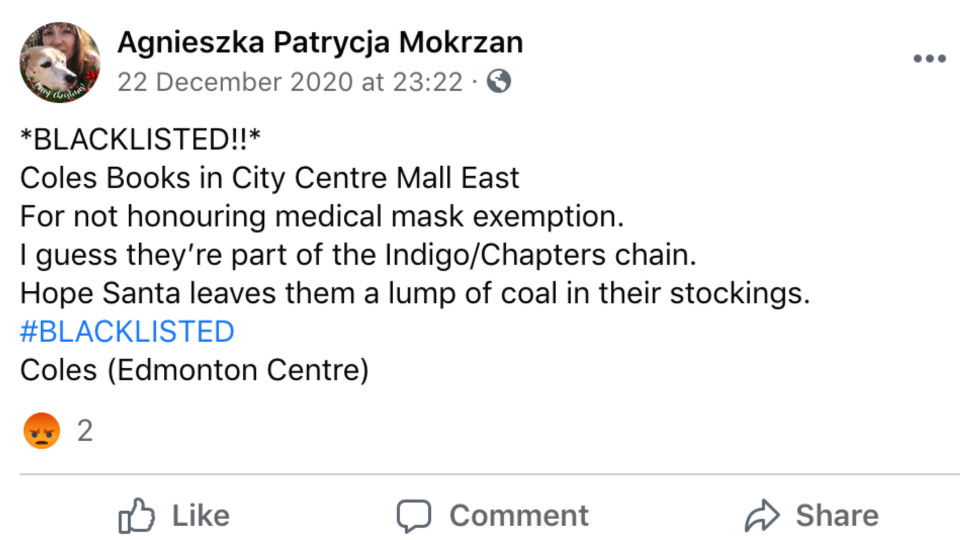 In a post from Jan. 8, Mokrzan shared a Calgary Herald article about COVID-19 restrictions being extended by the Alberta government with the caption, “Puppets for the globalists. #Scamdemic.”

In another January post, Mokrzan shared an article from conservative-leaning Brietbart News about Trump supporters gathering in Washington, D.C. with the caption, “The only violence will be from the Left.” 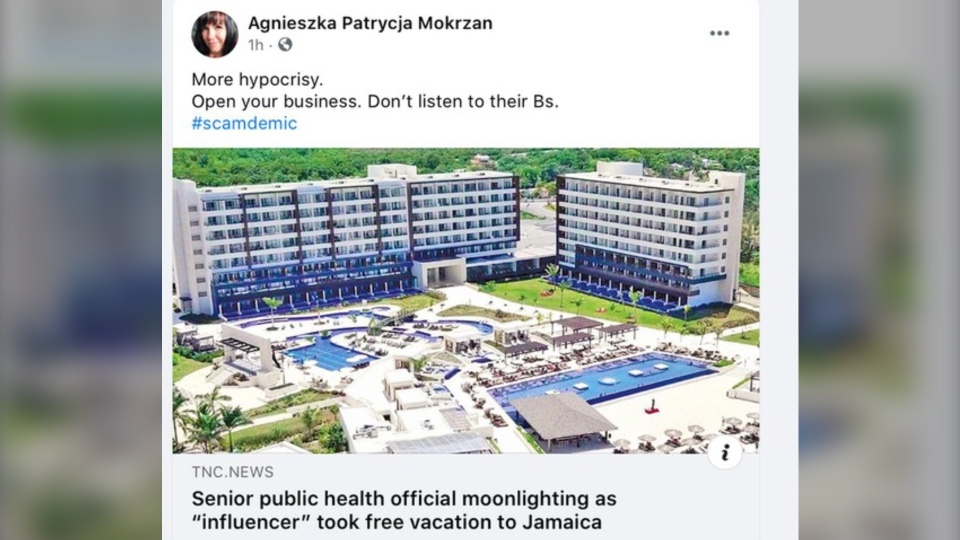 In a statement, chief Dale McFee said the views expressed are not condoned by EPS.

“While the EPS respects our employees’ rights to their own views, public social media posts that undermine the EPS’ role of enforcing COVID-19-related public health measures or that otherwise harm the reputation of the EPS, are unacceptable and concerning, particularly given this employee’s public facing role in the organization,” read McFee’s statement.

Mokrzan is a supervisor in the EPS Media Relations Unit, which regularly sends press releases to media.

It is unclear whether Mokrzan will face any discipline because of the posts. McFee’s statement said the matter has been addressed internally through a civilian disciplinary process which involves the employee’s union.

Edmonton mayor Don Iveson was unavailable for an interview but his office provided a statement to CTV News Edmonton:

“Mayor won't weigh in on an HR matter that the police needs to address. However, the Mayor remains firm on defending the public health measures that the government has put in place to protect Edmontonians,” wrote senior advisor Nathalie Batres.

Timothy Caulfield, Canadian Research Chair in Health Law and Policy at the University of Alberta, said the information shared and comments made by Mokrzan have the potential to do harm because of her role in law enforcement.

“We’re not talking someone who’s tremendously prominent, but they’re still an individual who may be taken more serious because of their position. So that’s problematic,” said Caulfield.

“It gives an air of legitimacy to the misinformation,” he added.