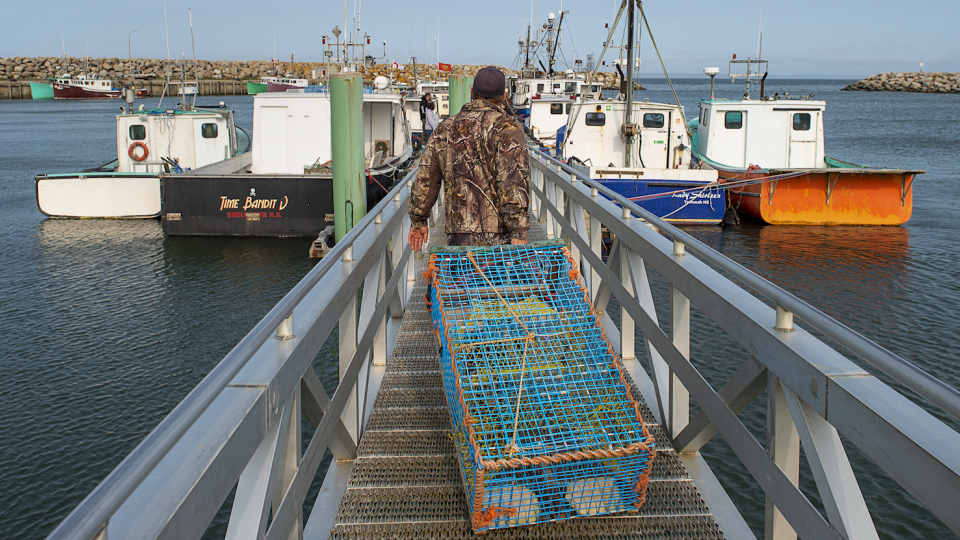 Chief Allan Adam, grand chief of Justice for Treaty 8 nations, says he's tired of his people being “portrayed as criminals” for hunting and fishing, as is their right to do, without provincial licenses.

He also says he's tired of “fish cops (that) are more racist than the RCMP.”

Last month, the Sovereign Nations of Treaty No. 8 launched a campaign introducing incident report forms in an effort to capture every time-past and current-that members have been “harassed, racially profiled, or discriminated against â€¦ while expressing (their) inherent harvesting rights” by the RCMP, Fish and Wildlife officers, Conservation officers, sheriffs, government employees and others.

A news release from the Sovereign Nations of Treaty No. 8 states, “Our forefathers entered into an international treaty on June 21, 1899. Nation members on Treaty No. 8 Territory are beneficiaries of guaranteed rights, responsibilities, promises, and obligations to be adhered to by the Crown. Our way of life is to be protected and retained under Treaty No. 8-recognized and affirmed under Section 35 of the Canadian Constitution Act, 1982.”

Adam says charges for harvesting without a license force Treaty 8 members to appear in court.

“Then when the First Nations go to court on these issues, the court withdraws all the charges. So what's happening is that the fish cops, as we call them, are wasting taxpayers' money and going after First Nations people when they have no jurisdiction to go after them because we're practicing our inherent rights where we are going fishing to harvest to feed our family,” he said.

The province's recent creation of the Rural Alberta Provincial Integrated Defence (RAPID) response initiative, which gives peace officers with Alberta Sheriffs, including Fish and Wildlife Enforcement Services and the Sheriff Highway Patrol, additional responsibility and powers, does not sit well with Adam.

He is not alone.

In March, the Treaty 6 Confederacy passed a resolution stating, in part, “The combination of the Provincial Police Force along with the Peace Officers, Fish and Wildlife and other provincial enforcement agents on the reserved lands be completely rejected as unworkable and could lead to major issues related to policing.”

He said the RAPID force put together by Alberta gives “the fish cops” more authority. “You give them authority to arrest people, to investigate, go into homes, to assist the RCMP and everything like that and the fish cops are more racist than the RCMP,” he said.

Adam strongly believes this additional power given to Fish and Wildlife officers, on top of the heightened emotions brought on by lockdown restrictions caused by COVID-19 and unmarked graves now being found at residential schools, will lead to violence.

“Because of the issues and everything and emotions running high because the RCMP are named as the perpetrators as well in all this (residential school) stuff. I know you've got the fish cops coming in (and) they're acting superior like the RCMP, putting on their racist hat and going down that avenue, and we've been abused so much that we've had enoughâ€¦.

“If you pick a fight with the wrong person out in the bush, somebody's going to get shot pretty soon,” said Adam.

He said he voiced these concerns to both Justice Minister Kaycee Madu and Indigenous Relations Minister Rick Wilson in a recent Zoom call.

Adam said Wilson's response was that he didn't want that to happen.

“Which is reasonable,” said Adam, who stressed he is not condoning such action.

“Look at the reality and how we've been oppressed. It seems that the fish cops are going to oppress us more with their authority. Not only that, they'll be able to go onto the reserve, go and arrest somebody if they want. If you look suspicious, they can do whatever they want to do with you. We all know that when First Nations are being looked upon, we are â€¦ at the bottom of the food chain. When it comes to humanity, all humanity stands above the First Nations people,” he said.

“The people who stand charged in front of the courts for fishing or hunting out of season, the First Nations peoples â€¦ (who) hunt on private lands, charges should all be dropped. Any criminal convictions prior to that should all be wiped clean. They should be pardoned,” he said.

Madu said he didn't want to lay charges for license infractions, but didn't say how he would be addressing Treaty 8's concerns, said Adam.

However, in an email response to Windspeaker.com, Ina Lucila, spokesperson with Alberta Justice and Solicitor General, announced that the government will be establishing an Indigenous Law Enforcement Advisory Committee to liaise with Indigenous groups and law enforcement agencies.

“The conversations officers and the committee will have with Indigenous communities will inform what else we can do to improve relationships moving forward,” wrote Lucila.

She also held that Fish and Wildlife officers receive significant training throughout their career designed to enable them to understand and appreciate existing harvesting rights and Indigenous history and culture.

She pointed out that it is the federal government that determines who has constitutionally protected rights for hunting, fishing and trapping for subsistence, and Fish and Wildlife officers apply the laws within the legislation, Supreme Court rulings and Alberta government policies.

“There are some limitations defined by case law and the Natural Resources Transfer Agreement, which include access to certain lands, conservation and safety-based laws,” wrote Lucila.

According to the Treaty 8 statement, “Although standing up for our rights, through court cases against the Crown, can be a long and expensive process, we, the Sovereign Chiefs of Treaty 8 First Nations of Alberta, are here to support and assist our people.”

The information gathered through the incident report forms will be compiled and used to raise awareness “about the violations of our constitutionally protected and inherent rights, and the subsequent harassment, racism, and criminal charges our people face as a result,” the statement concludes.

The incident report form is available at: http://www.treaty8.ca/Incident-Report-Form

The B.C. government has removed the expiration dates on COVID-19 orders limiting gathering sizes, banning indoor events and forcing gyms, bars and nightclubs to close – but it's unclear whether some of those restrictions could still be relaxed soon.