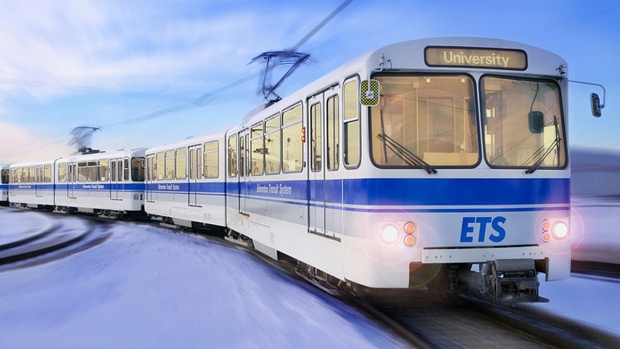 After receiving more than 900 submissions from the public for names of current and future LRT lines, the city announced the five approved names on Thursday.

The Capital Line has been assigned to the northeast Edmonton to Heritage Valley route (partially completed).

The Metro Line has been assigned to the St. Albert to Health Sciences LRT Station route (in progress).

The Energy Line has been assigned to the future Lewis Farms to Sherwood Park route.

The Valley Line has been assigned to the future Lewis Farms to Ellerslie route.

The Festival Line has been assigned to the future Sherwood Park to Ellerslie route.

The majority of the lines do not exist yet, but the city didn't want to wait before naming them.

“We had the opportunity to seize the moment and look forward into our future in terms of what does it mean to the whole network and rolling it out that way made sense to us,” said Nathan Walters, with Edmonton Transit.

Part of what will be called the Metro Line - leading up to NAIT - will be open in spring 2014.

The city says the Valley Line to the southeast would be the next priority, but there is no schedule of completion for the future lines.

A short list of names from the hundreds of submissions was provided to a marketing company for research evaluation, with the final recommendations unanimously approved by the city’s naming committee this month.

"The public told us what were the names that are most important to them, in terms of way-finding but also in terms of the opportunity to help brand who we are as a city and really support the identity of who we are as Edmontonians," Walters said.

Later this year, ETS will begin advertising the new line in a variety of print and promotional materials.