The City of Edmonton has released images of a potential pedestrian bridge in the downtown area.

The proposed bridge would be located at McDougall Hill Road and 100 Street, and connect a future MacDonald Drive Promenade to the Funicular Upper Plaza. 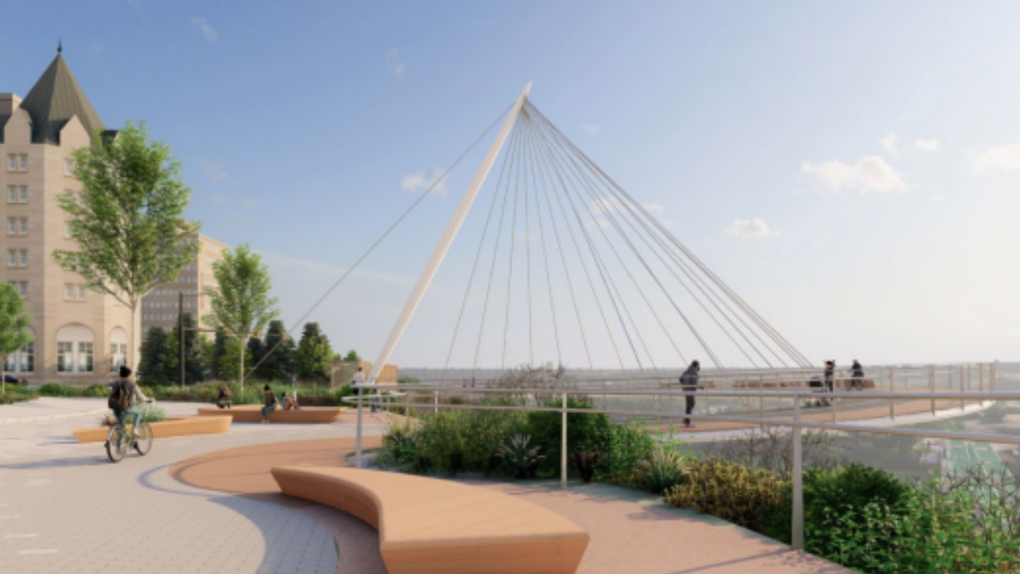 "By improving access through downtown and into the park network, the pedestrian bridge and public spaces around it will provide diverse opportunities for commuting, recreation, and gathering currently lacking in the downtown vicinity," the city said. "Connecting Edmonton’s downtown and its river valley, the bridge provides a much needed pedestrian connection along the top-of bank, and celebrates the expansive view of the river valley and its special place in Edmonton’s civic history."

The project is in the "concept design stage" with public engagement open until April 24.

There are three design options: a timber bridge, a cable-stayed bridge and a suspended bridge. 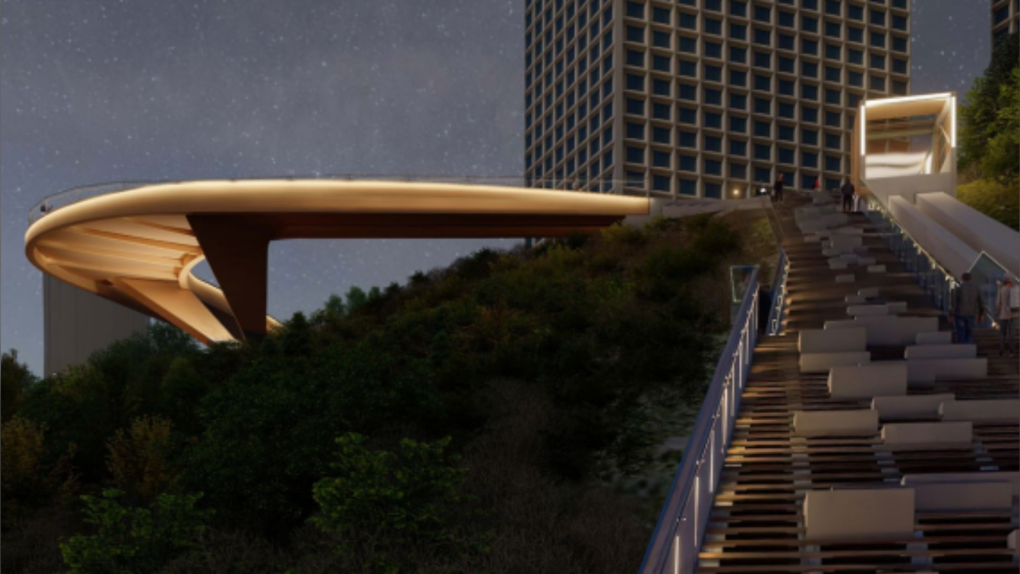 The price tag for the project is still unknown.

'INTERSECTION IS A DISASTER'

Pedestrians told CTV News it's hard to cross the street there.

"You have to kind of go all the way down, come across and go back," Matthew Cassie said.

"This intersection is a disaster. I see people scampering across here all the time," Niall McKenna added.

Paths for People concedes the designs are beautiful and that a solution for better accessibility is needed but the group is not sure this is the right one.

"It sort of seems natural to have a crosswalk compared to building a bridge because it's a lot cheaper to build a crosswalk," Jason Wang with Paths for People said.

The city says a crosswalk was considered but that it would be hard for vehicles to stop due to the hill's steep incline.