City of Edmonton rolls into next stage of expanding bike network 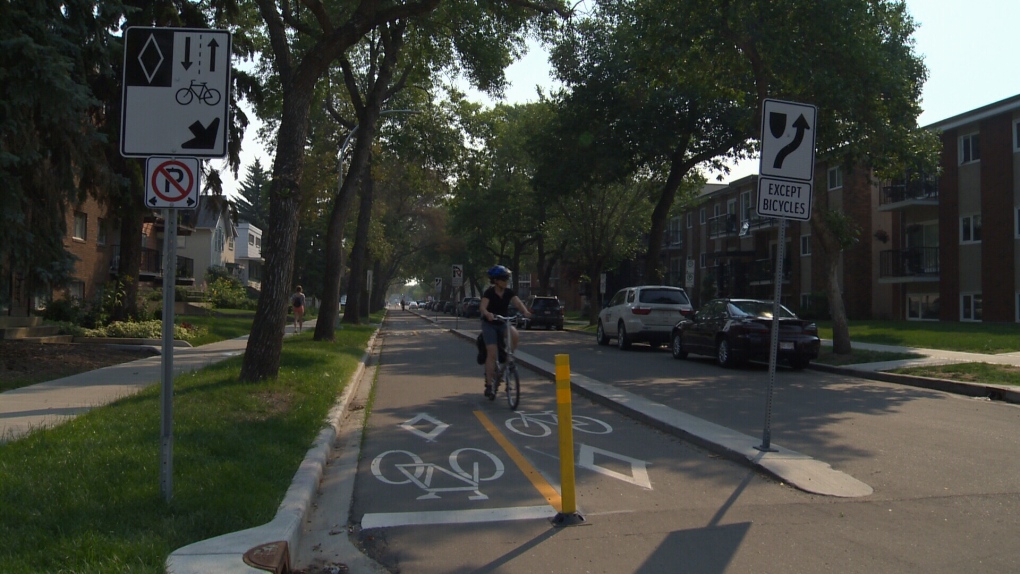 EDMONTON -- The City of Edmonton is looking to the future of cycling as it works to update and expand its bike trail network.

The bike plan has just finished its three phases of public consultations and will now move into its implementation approach, meaning the bike plan team will start to form projects and priorities.

“This is how people get around and we think that it’s really important that our city is accessible by bike.”

Over the last two years the bike plan team moved through three phases of public engagement by holding over 60 information sessions.

The city’s bike plan is an update to its Bicycle Transportation Plan developed in 2009.

“We really need to focus on connecting those suburban areas to the core areas a bit better,” he said.

But that focus is just one of three main points that the new bike plan is looking at.

“Second would be thinking about all ages and abilities and what that means to Edmontonians,” said Karhut. “The third I would say is planning and design.”

Moving forward Karhut says the city plans to work with the community to develop the best plan for the expanded bike network.

The wheels for the bike plan are in motion, but Karhut stresses that it is a long term project and that it could still be awhile before Edmontonians see any movement on new bike network construction.

“There will be an opportunity for our council to debate what project we want to go forward with, but we’re just not there yet,” said Karhut.

As it’s still early on in the long term project, required funding has yet to be worked out.