EDMONTON -- Residents who have lived in the north Edmonton neighbourhood of Lago Lindo for 11 years would likely remember June 20 of 2010 well.

It was on that day that a house explosion rocked the community. The blast was so powerful that it shook items off store shelves blocks away from its epicentre.

In the aftermath, four bodies were recovered from the rubble created by the explosion, two houses were leveled and $3.5 million in damages were caused to 40 others.

An investigation revealed 47-year-old Cathie Heard was already dead before the explosion, a victim of strangulation at the hands of her common-law husband Dwayne Poirier. 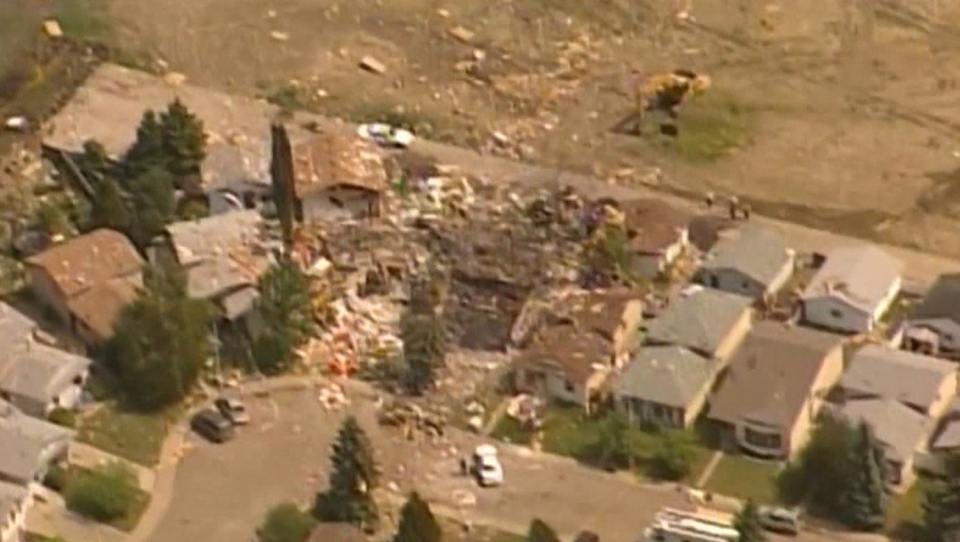 Police determined Poirier caused the house to explode when he tampered with the home's natural gas line.

Next-door neighbours Craig Huber and Brad Winter were also killed in the blast, along with Poirier.

Now, 11 years later, the land where that exploded house once sat serves as a difficult reminder of that Sunday, for neighbours who remember.

“We have to look at this property every year, every day, and we’re tired of it.”

Meunier says his wife was home that June day in 2010, but managed to escape unharmed.

'THE CITY SHOULD COME IN AND DO SOMETHING'

The lot remains vacant, but for an overgrowth of weeds and a notice from the city that's addressed to the property's deceased owners, instructing them to clean those weeds up.

Edmonton city councillor Jon Dziadyk posted a video to social media last week to protest the state of the property, and the city's response to it.

"The city should come in and do something," Dziadyk said in the video. "Since being on council, I've tried to get the city to acquire this property, which as you can tell, it's not being maintained well."

"This is a daily reminder for those that live around here," he added.

CTV News Edmonton captured an interaction between Dziadyk and a man who identified himself as Brad Winter's father, near the vacant lot.

"You’ve been elected for four years," the man shouted at Dziadyk. "The last three years, you’ve known about the situation and you’ve done nothing.”

But now it seems something is being done.

According to internal city emails sent to Dziadyk and shared with CTV News Edmonton, the city will soon become the interim owner of the land in the area of 180A Avenue and 91A Street through the “tax forfeiture process."

Once that happens, according to one of the emails, the city will put the parcel of land up for sale.

Perhaps some good news for Meunier.

“I want this cleaned up so we can look after our house and move on," he said. "This is a reminder every day and I am tired of it.”

In a written response, a City of Edmonton spokesperson confirmed the tax forfeiture to CTV News Edmonton.

"This is not full ownership but is a form of interim ownership allowable under the (Municipal Government Act)," the statement read in part. "The documentation is in the process of being sent to land titles."

The city spokesperson was unable to give any timelines for the tax forfeiture process.