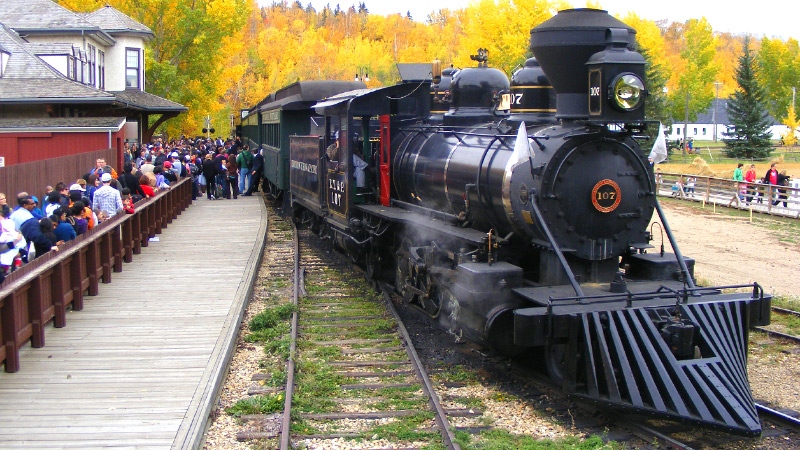 The City of Edmonton will be reviewing its animal relocation policy after a woman says she outbid meat buyers for two horses previously used at Fort Edmonton Park.

Cindy Thomas regularly takes home horses from auctions if their other fate is to end up in a slaughter house.

On Saturday, she paid about $700 each for a 12-year-old gelding and a 21-year-old mare at a sale in Tofield, realizing later she had purchased them from the City of Edmonton.

“To be honest, I was a little bit surprised,” Thomas recalled.

Her concern grew when the gelding was found dead Monday morning.

Thomas said there were no signs of struggle—as there sometimes is when a horse is sick with colic or has an infection—but that at the auction, both animals looked unwell. By her approximation, the gelding had been underweight and the mare had lice.

“They seemed unhealthy, but fixable,” she said.

The city received fast criticism online for the horses’ sale and alleged condition.

Carl Damour, vice president of operations at Fort Edmonton Management Company, told CTV News the mare and gelding left the park in good condition as the herd is regularly maintained.

According to Damour, neither had been sick or injured that would explain the gelding’s sudden passing.

The decision to sell them, the vice president said, was a result of ongoing expansion at the park, during which they wouldn’t be needed.

“While we understand that this is a sensitive topic for many, the whole idea of animals going through the auction process, that is certainly part of the process,” Damour told CTV News.

“We recognize some might disagree… but this is a process that is prescribed to us and we’re offered little discretion of how we can dispose thereafter.”

Damour would not comment further on the city’s policy, only adding the horses were still fit to do light work which was likely to make their relocation to a new home easier.

The city will be reviewing the relocation policy. No timeline has been set.

While it does so, Thomas is calling for changes.

“There’s a better way to do this,” she said. “(The horses) have served their lives with them. Don’t discard them. We as a community can work together to find them a retirement home.”

Damour said it would be working with the city throughout the review process.

The mare had been at Fort Edmonton Park since 2005, and the gelding since 2012. Both spent a short period of time with the carriage and wagon team, the city said, but were later reassigned.