The City of Edmonton has released new images and details about its plan to redevelop the Rossdale neighbourhood.

In part, the plans call for a repurposing of the defunct Rossdale Power Plant and creating an interpretive park out of what are currently parking lots.

"There's a lot of history in this area going back thousands of years," said Erik Backstrom, a senior planner with the city. "[It's] an open space that we can design with Indigenous nations and with community members to really speak to the history and celebrate it." 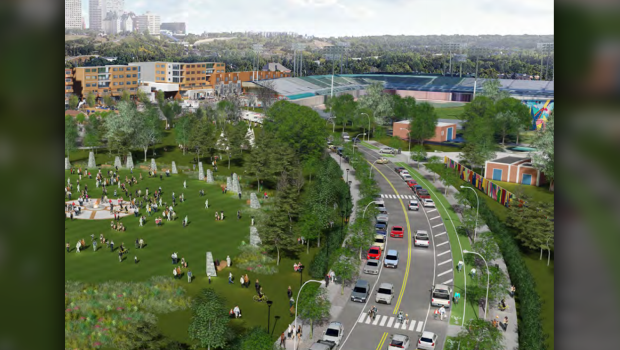 The broader city vision is for a walkable neighourhood that allows people to get closer to the river.

"That kind of thing will help make it a place Edmontonians will want to come to and stay and bring friends to and come back again," said Backstrom.

The future of two major area landmarks, the power plant and Re/Max Field, are tied up in the project.

In 2013, councillors were told it would take as much as $100 million to renovate it to a business-ready state. 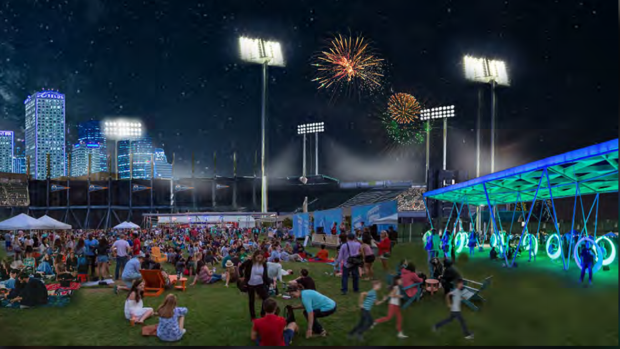 Earlier Thursday, the city heard from at least two groups pitching their visions for the future of Re/Max Field. The city will evaluate which of the pitches best fits into its neighbourhood plan with the goal of leasing the field for a 10-year period.

"We want to get started in a small way and adjust if we need to create a place Edmontonians want," said Backstrom.

Councillors will discuss the plan at a committee meeting on Sept. 3.