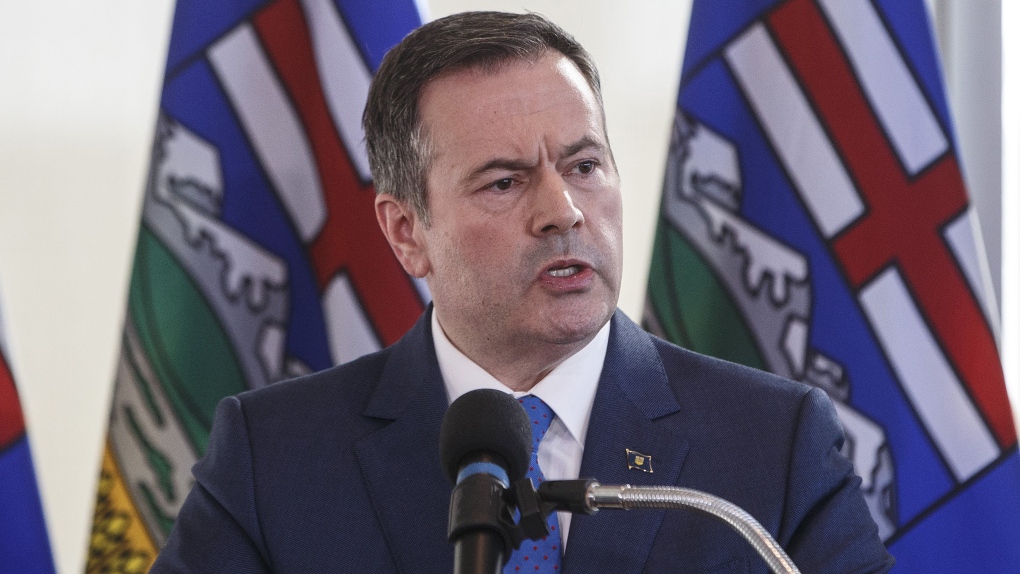 Alberta Premier Jason Kenney condemned a controversial prize-winning essay that's been criticized for being sexist and racist during his provincewide radio call-in program, but also appeared to downplay the controversy it generated.

The topic was the first that host Wayne Nelson raised during Saturday's show on CHQR and CHED, and Kenney responded there was “clearly a breakdown” in how the judges assessed the essays, adding they “screwed up.”

Nelson had noted in the opening of the program that while summer is often slow for news, the past few weeks bucked that trend.

Kenney, when talking about the essay controversy moments later, said the fuss could be proof that “it wasn't a big news week.”

The essay urged women to forgo careers and focus on having children so the province doesn't have to bring in more foreigners, and it took third place in a government contest.

It was later pulled, along with the other two winners, from the government's website after criticism emerged on social media Monday.

“Clearly the essay was offensive, but maybe that is proof that it wasn't a big news week, Wayne, that in Alberta politics driven by Twitter, we've been talking about the third place (in) an essay contest no one's ever heard of,” Kenney said when Nelson referred to the controversy as a “firestorm.”

Kenney said he's waiting to hear a report on how the essays were assessed.

The contest was run through the legislative assembly office, which is headed by Speaker Nathan Cooper.

The judges of the contest, Jackie Armstrong-Homeniuk, the United Conservative Party's associate minister for the Status of Women, and Jackie Lovely, the department's parliamentary secretary, have issued statements. Armstrong-Homeniuk said the essay never should have been chosen. Lovely apologized for her role in the contest.

Cooper's office, in a statement Tuesday, said the contest was conceived and administered by Armstrong-Homeniuk in her role as regional chair of the Commonwealth Women Parliamentarians group. It added that neither the Speaker's nor the legislative assembly office were involved in picking the essays “in any capacity.”

There have been calls for Armstrong-Homeniuk and Lovely to resign, and Nelson asked Kenney if they should step down.

“Apparently there's a group called the Commonwealth Women's Parliamentary Association. The first time I heard of it was last week,” Kenney responded.

“This is not the government. People in the Legislature have different associations and they do different projects. This is one they screwed up. They've admitted that, they've apologized and committed to ensure it doesn't happen again,” Kenney said.

This report by The Canadian Press was first published Aug. 13, 2022.

Ontario education workers vote 96.5 per cent in favour of strike

Ontario education workers such as custodians, early childhood educators and school administration staff have voted 96.5 per cent in favour of a strike, the Canadian Union of Public Employees announced Monday.

Alberta is three days away from learning who its next premier is.

As new sanctions imposed, expert urging Canadian politicians to think carefully on what comes next in Iran

Canadian politicians need to think about what would happen if the Iranian regime actually falls, an expert says as Ottawa's response to protests abroad becomes political fodder at home. On Monday, the Liberals announced sanctions against 25 senior Iranian officials and nine government entities, a week after promising to bar officials from entering Canada and freezing Canadian-held assets.