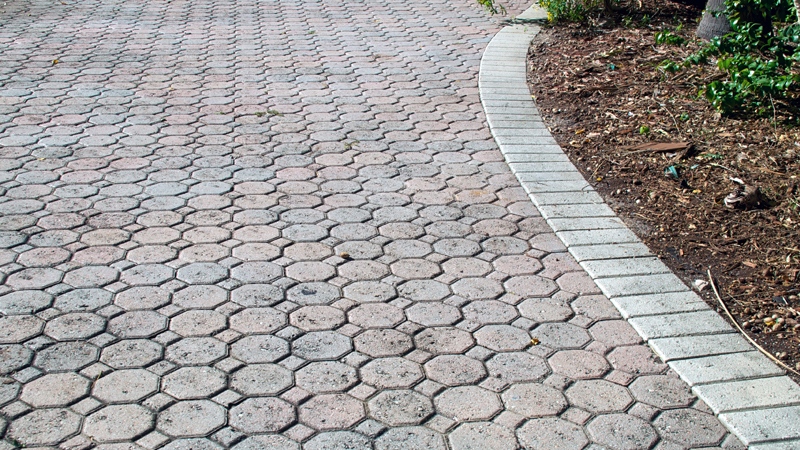 A brick driveway is shown. (Shutterstock)

EDMONTON -- A St. Albert girl could have been hurt much worse after she was hit by a vehicle while in a blind spot in a driveway.

RCMP say late Wednesday morning, a six-year-old girl was riding her scooter when she stopped at the end of a driveway.

Police say she was laying down behind a parked vehicle, likely looking for something, as the driver was getting ready to leave. They were unable to see the child.

Although the girl remained conscious after the crash and sustained no "substantial injuries," she was taken to hospital.

"St. Albert RCMP are thankful that the child was not injured severely and want to remind citizens the weather is nice, small children are outside playing, and they may not be paying attention to their surroundings," a police statement reads.

"Furthermore, parents need to be educating their children about bike/scooter safety, road safety, and playing outside safely."