Cloudier and a slight cooling: This is your Edmonton forecast 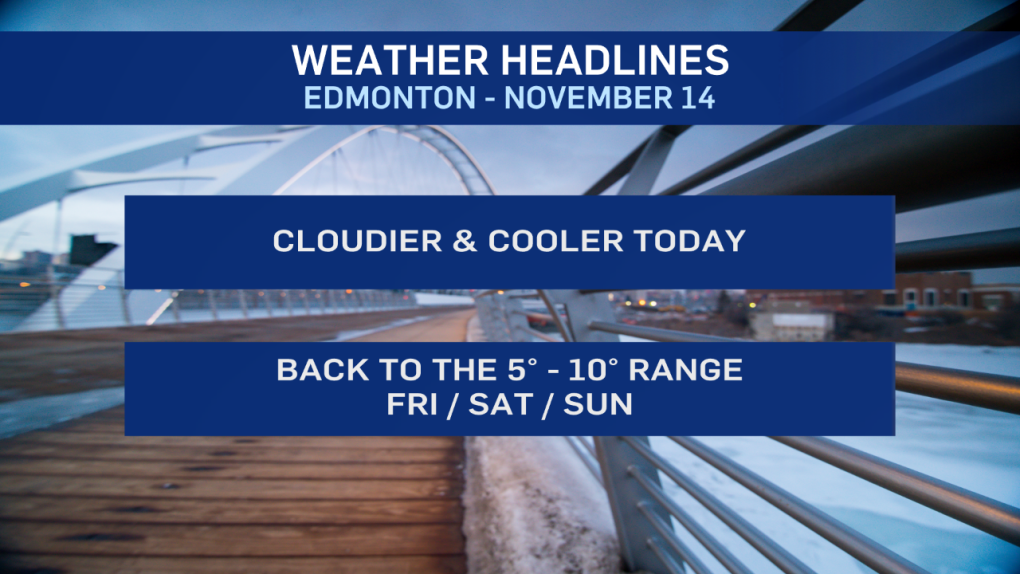 EDMONTON -- Wednesday's melt has led to a foggy morning in the Edmonton region and other parts of Central AB.

Fog will dissipate by mid-morning in most areas and we'll be left under mostly cloudy skies through the day.

Further north, snow will push west to east across the Peace River/High Level areas and then into Fort McMurray this afternoon.

About 5 cm is possible in the High Level region.

Edmonton's next chance at precip is a slight risk of a shower late Friday.

A front moves through Central and North-Central AB with some showers and rain/snow mix on Friday.

(depending on timing...areas further north and east could see freezing rain later in the day).

Intensity, location, duration are ALL question marks at this point.  We'll have to watch the system develop tomorrow.

Temperatures "cool" to a high just slightly above zero in Edmonton today.

So...the melt won't be as pronounced as Wednesday (lack of sun will slow down the melt too).