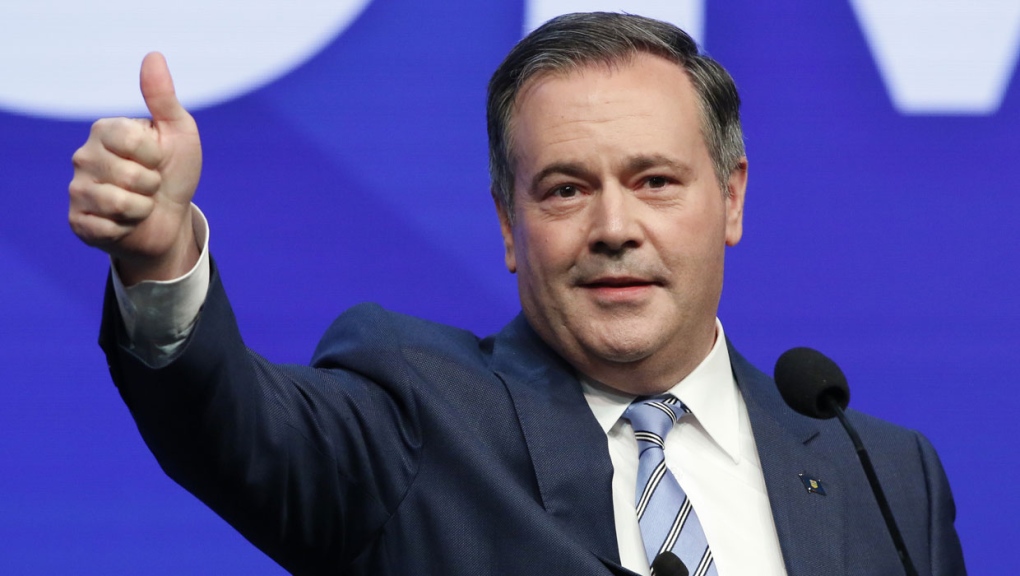 Premier Jason Kenney's party leadership will be voted on in April, despite an effort from some members to fire him before then.

But the party's president, Cynthia Moore, sent a letter Wednesday to members saying the vote will happen April 9 in Red Deer.

The review was originally supposed to happen in the fall of 2022 at the party's annual general meeting in Edmonton.

"Your provincial board of directors has listened to grassroots feedback and charted a new path forward for next year’s leadership review," Moore wrote to party members.

She did not explain why the calls for an earlier vote were denied, but a party spokesperson argued the board has the right to make that call.

"Our bylaws were written and passed by members. Those bylaws say that 22 (constituency associations) can call for the board to schedule a Special General Meeting. That is the only power that the members gave to CAs. It is up to the board to decide the other details," Dave Prisco, UCP director of communications, told CTV News Edmonton.

'THE PARTY MAY BE IRREPARABLY BROKEN'

"The UCP's bylaws and party constitution are not worth the paper they are written on," former UCP MLA Todd Loewen wrote of the decision on Wednesday.

"They have entered the land of complete lawlessness. I'm sorry, but the party may be irreparably broken. Does the rot run too deep?"

Loewen was kicked out of the UCP after he publicly demanded that Kenney resign.

Several other high-profile Alberta conservatives, including Brian Jean and Leela Aheer, have also demanded that the premier quit.

Guthrie wrote a letter arguing the party's grassroots members were being ignored, and he read it out loud in a meeting that included Kenney. Guthrie is still in the UCP caucus, as is Aheer.

“Public opinion continues to wane and we may be at a point where this party cannot be salvaged,” the letter read.

But Moore painted a different picture in her Wednesday letter to members.

"It is my hope that in the coming months we can focus on the amazing work our team at the legislature is doing to implement our campaign platform, create jobs, build pipelines, and get our economy going again," she wrote.

'AN ANGRY GROUP, EVEN ANGRIER'

The board's decision is not sitting well with member Joel Mullan and he's certain he is not alone.

"It's made an angry group, even angrier," Mullan said in an interview Thursday.

Mullan was fired as the party's vice president of policy in September after he called for a leadership review.

He was initially a supporter of Kenney, but said that changed when his government brought in a vaccine passport.

Mullan said the board denying a grassroots request for a remote vote, independent auditor and the earlier vote date was allowed under the bylaws, but an insult to members.

"It certainly lets the CAs know where they stand, in ignoring everything that these 22 wanted to see. It, to me, shows a complete disdain for that group of CAs and what they were asking for," he said.

Still, Mullan will stay in the UCP and continue fighting for a new leader.

Prisco said the April vote will be done in person and people must purchase their membership 21 days in advance to cast a ballot.

At one point, the party planned to move its annual general meeting up to April to accommodate leadership review demands.

Now the April gathering will be a special general meeting that will focus on the leadership question only.

The UCP will hold its 2022 annual general meeting in Edmonton in the fall, Moore said.

Canada will require that companies add nutrition warnings to the front of pre-packaged food with high levels of saturated fat, sugar or sodium in an effort to help grocery shoppers make healthier choices with just a glance.

What your Canada Day BBQ will cost with hot inflation

The Canada Day long weekend is the perfect time for burgers on the grill, cold drinks and time with family and friends. Yet a backyard barbecue comes with a bigger price tag this year as food prices soared 9.7 per cent in May.

WHO: COVID-19 cases rising nearly everywhere in the world

The number of new coronavirus cases rose by 18 per cent in the last week, with more than 4.1 million cases reported globally, according to the World Health Organization.