Condo fire stops traffic on Jasper Avenue, but no one hurt 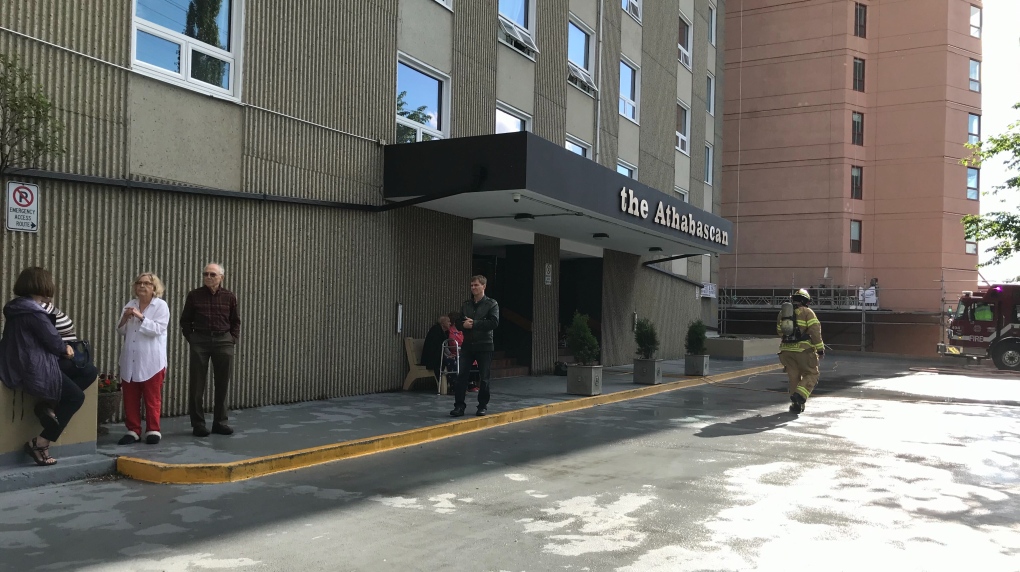 Residents of Athabasca Apartments, at 123 Street and Jasper Avenue, were evacuated due to a fire July 1, 2020.

EDMONTON -- No one was hurt when a fire broke out in a Jasper Avenue condo unit Wednesday afternoon.

The fire at Athabascan Apartments, at 123 Street and Jasper Avenue, saw the building evacuated but no one hurt.

Firefighters were called just before 6 p.m. had six rigs, or 24 firefighters, on scene within two minutes. More manpower was needed, District Chief Rob Garth told media, to help with evacuations and in case of fire spread.

At one point, heavy black smoke was seen coming from one of the higher-floor units.

However, Garth called it "a fairly straight forward" blaze to fight.

"The fire was self-ventilating outside the balcony, so it was mostly contained to the fire suite."

Jasper Avenue between 122 Street and 124 Street was closed for a couple hours, although westbound traffic was beginning to open up around 7:30 p.m.

Residents on the floors above and below were allowed back in shortly after.

The cause of the fire is being investigated.