EDMONTON -- An officer killed while in pursuit of two bank robbers is being remembered 30 years later as a friend and serviceman.

On Thursday, Constable Ezio Faraone Park hosted a service in memory of the Edmonton police officer killed three decades ago.

“I come by every day and I say hello to the guy," Oliver resident Emil Tobias told CTV News Edmonton, referencing the statue of Const. Faraone in the downtown river valley park. 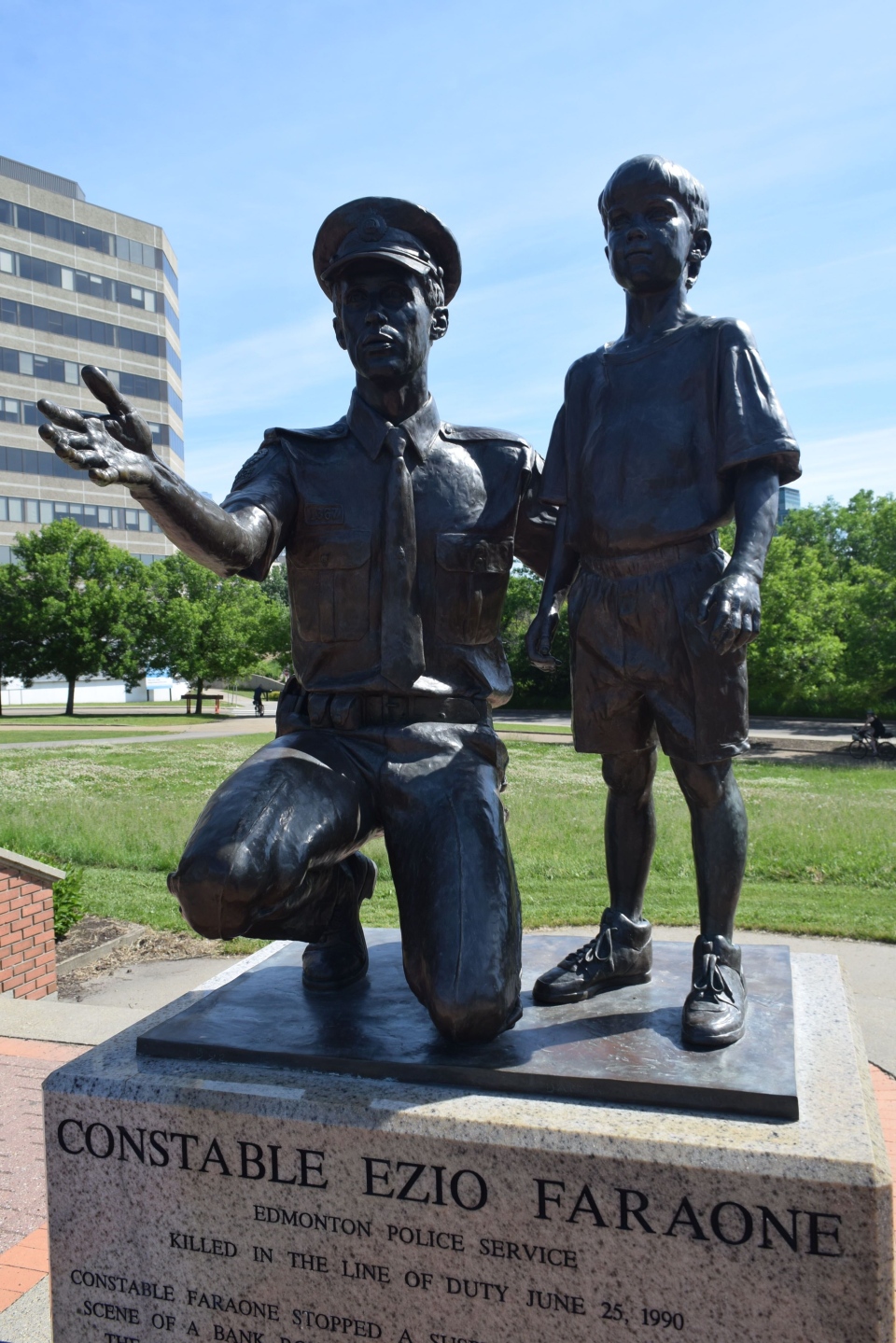 The officer's current post still has him looking over the city – with the Alberta legislature to the east and river valley stretching out into the west.

Tobias said, "I salute to him every day.”

On June 25, 1990, Faraone was pursuing Albert Foulston, a suspect fleeing a bank robbery, when he was shot by a second man, Jerry Crews, hidden in the vehicle's back seat.

“I was calling him on the radio. I was so frustrated. ‘Ezio, where are you? We gotta meet up, we gotta do this,'" retired detective Ernie Schreiber recalled. "And then I got the news he was shot.”

“(Crews) had a button-down shirt. The shirt opened up and the cash from the bank just fell out, right? So I knew we had the right guy, but I didn’t know he had shot Ezio.” 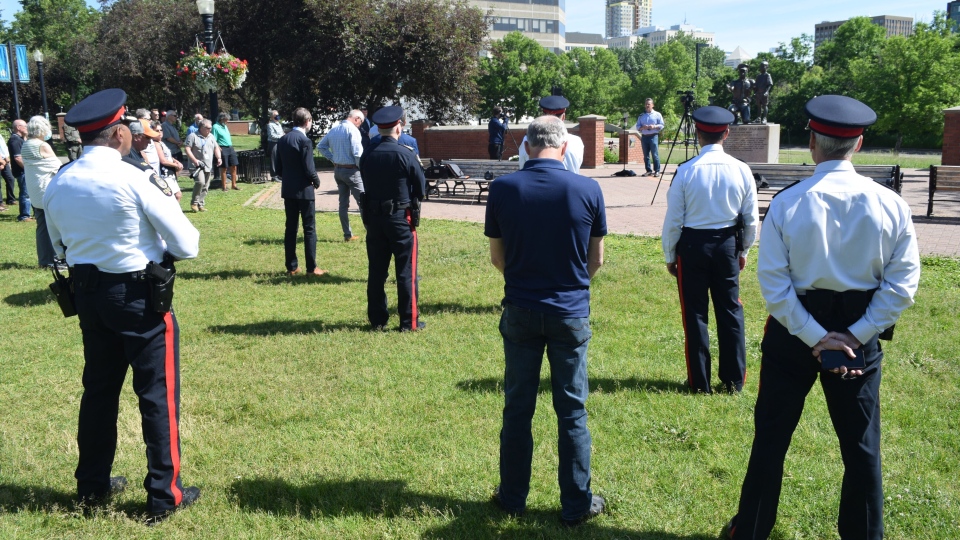 Today, Faraone's former roommate and a retired Edmonton Police Service sergeant remembers his contagious snicker – but worries there are fewer and fewer people who had the same pleasure.

“My greatest fear is there will be police officers come through, that will go to the park, look at the statues, look at the plaques, and it won’t mean a lot. They won’t draw a connection. To me, that’s unacceptable.”

He and Schreiber consider the park both a tribute to their friend and colleague, but also a reminder of the public service police provide.

“I hope that they always remember that the men and women are out to do really good things.”

Faraone's 30th anniversary service was held in the park at 11 a.m. by the Edmonton Police Association.

Hogan said there is no better way to pay tribute to Faraone.

“It’s enough for me to know, when I drive by there and see the park full of people — that fills my heart with joy.”