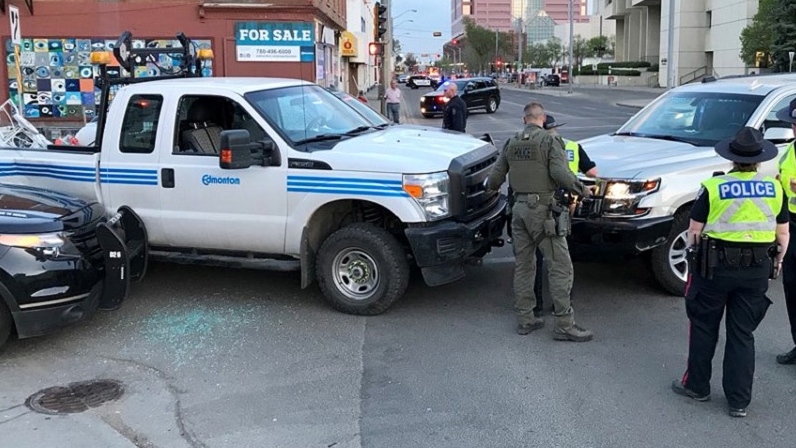 In a release, police say a Ford F-350 truck was stolen during a reported break and enter, around 7:45 p.m., at a fenced compound near Fort Hill and 105 Street.

The stolen truck was soon spotted by a patrol officer in the downtown core, still driving erratically and dangerously, after collisions with barricades, a parked car and a road sign. That officer followed the suspect truck, west down 103-A Avenue, and called for backup units.

Around 8:10 p.m., the truck and driver were stopped by police on 97 Street near 103 Avenue. Police say a 35-year-old man, who appeared to be high on drugs, was arrested without incident and is now facing several charges.

There are no reports of injuries.