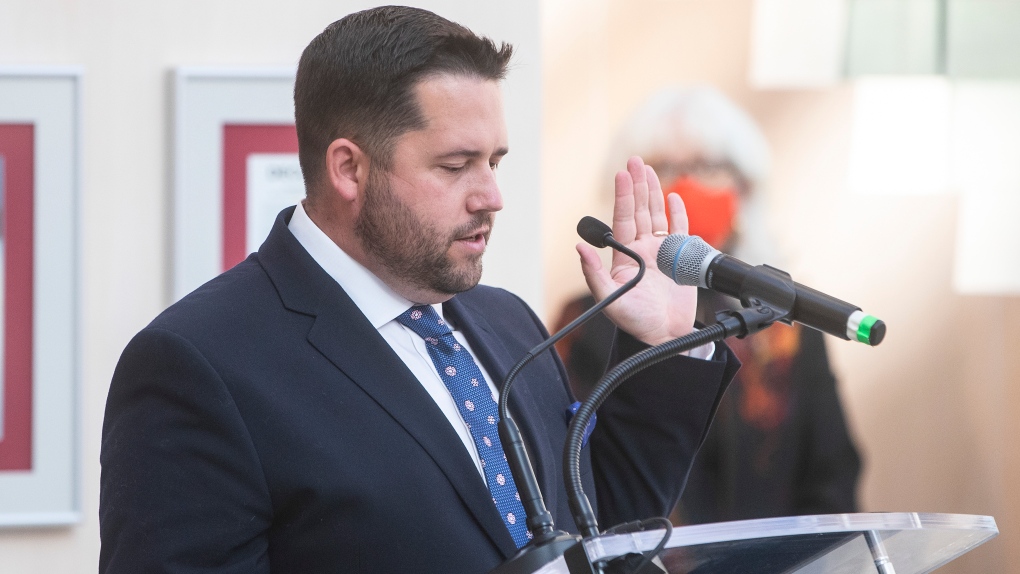 An Edmonton city councillor on Monday both apologized for a social media post he shared and called an attempt to have him sanctioned for it a "smear job."

On May 29, Janz retweeted a post from a man in Calgary who referred to a police officer as a "pig."

The Ward papastew representative said he did so to highlight what he feels were instances of policing favouring drivers over cyclists. Janz claims he didn't initially notice the "pig" reference but deleted it when he was made aware of it.

"I apologize to anyone who was offended by this and who has concerns with it…Twitter moves fast. You make spelling errors, you make mistakes, you delete them, you move on," Janz said in an interview with CTV News Edmonton.

Integrity Commissioner Jamie Pytel is now looking into the matter as a code of conduct complaint, Janz said.

The man who filed the complaint said Janz sharing the tweet was "very disrespectful" to members of the Edmonton Police Service.

"Cut the derogatory language like 'pigs.' You know, we see in the public, we get the sense (Janz) has a hate for the police. I want them to be resolved," resident Thomas Deak told CTV News Edmonton. 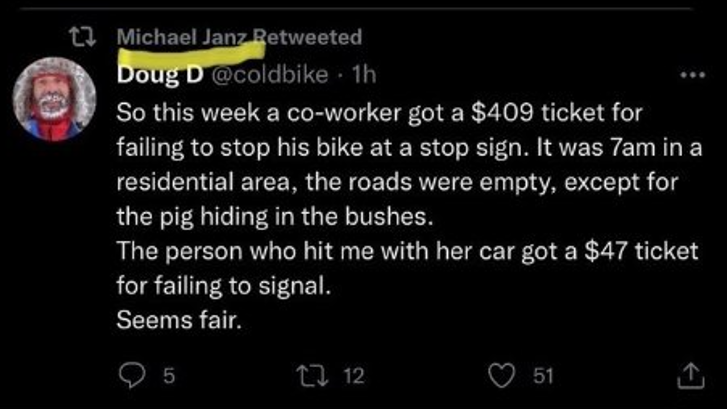 Earlier this year, Janz was cleared by Pytel for tweets critical of police. The Edmonton Police Association launched the complaint in that case. The commissioner concluded that Janz was exercising an opinion on a topic of public interest.

Janz said he felt the new complaint was an effort to silence him.

"This whole thing feels like a bit of a fishing trip. It's a vexatious waste of taxpayers time and dollars," he said. "Anyone who's on social media knows that retweets are not endorsements."

Edmonton's Council Code of Conduct requires councillors to "conduct themselves with decorum at all times" and refrain from "disrespectful" language towards others.

A violation of the code could lead to a councillor being forced to apologize or required to attend "specialized training." Councillors can also be suspended from certain roles, if a council vote approves that.

Janz tweeted an apology on Tuesday.

I recognize that reTweeting a post containing a derogatory term is contrary to the expectations of the Council Code of Conduct. I apologize to anyone who was offended by the reTweeting of this post. (2/2)

Singer and actor Olivia Newton-John, who was best known for playing Sandy in the film 'Grease,' has died at the age of 73, according to her husband.

$1.4B in uncashed cheques sitting in CRA's coffers -- how to check if you're owed money

Public Safety Minister Marco Mendicino is defending the RCMP’s yearslong and undisclosed use of spyware capable of accessing cell phone and computer microphones, cameras and other data as part of dozens of major investigations. Testifying before a parliamentary committee on Monday, Mendicino said the national police force's use of these tools has only be permitted in 'the most serious offences.'

Saskatoon woman who had been reported missing facing charges in U.S., Canada

Saskatoon police say a woman who had been reported missing is facing charges in the United States related to unauthorized use of identification and in Canada related to parental abduction and public mischief.

A suspect already in handcuffs has allegedly managed to overpower a Toronto police officer and steal their SUV, sending police on a wild early morning chase.

EXPLAINED | What is a 'zombie fire?' Experts describe the cause and concerns

Authorities in the Northwest Territories are monitoring a large 'zombie fire' that flared back up following last wildfire season after smouldering underground during the winter months.

No damage reported after 4.6 magnitude earthquake off Vancouver Island

A 4.6 magnitude earthquake has struck off the coast of Vancouver Island.

Housing correction in Toronto could end up becoming 'one of the deepest of the past half a century,' RBC warns

A housing correction which has already led to four consecutive months of price declines in the previously overheated Greater Toronto Area market could end up becoming 'one of the deepest of the past half a century,' a new report from RBC warns.