Councillors on board with final vision for Exhibition Lands

EDMONTON -- Edmonton councillors showed support to the final vision for the Exhibition Lands, the project that will replace Northlands.

The plan is to build low-rise apartments, townhouses and duplexes near both LRT stations.

"You can see at this point in time that things have been moving along really, really well," said Ward 7 Coun. Tony Caterina. "We've known from the beginning that we’ve wanted some sort of density, but certainly not the high rises we see in other parts of the city." 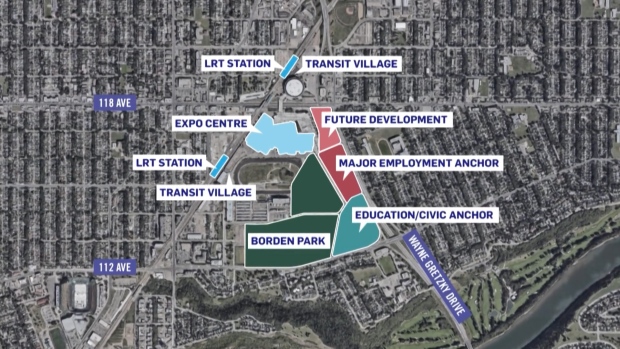 Once the project is approved, development is expected to start near Concordia University and move north. The Coliseum and Northlands Park Racetrack & Casino will have to be demolished.

"[It's] close to Borden Park, close to the core of the city, close to the river valley, so there’s a lot going for it. I think it’s going to be a very special area once it's all built out."

The redevelopment will likely take 20 to 30 years, city planners said.

The city held an engagement session in June, and has another public hearing scheduled for the New Year.