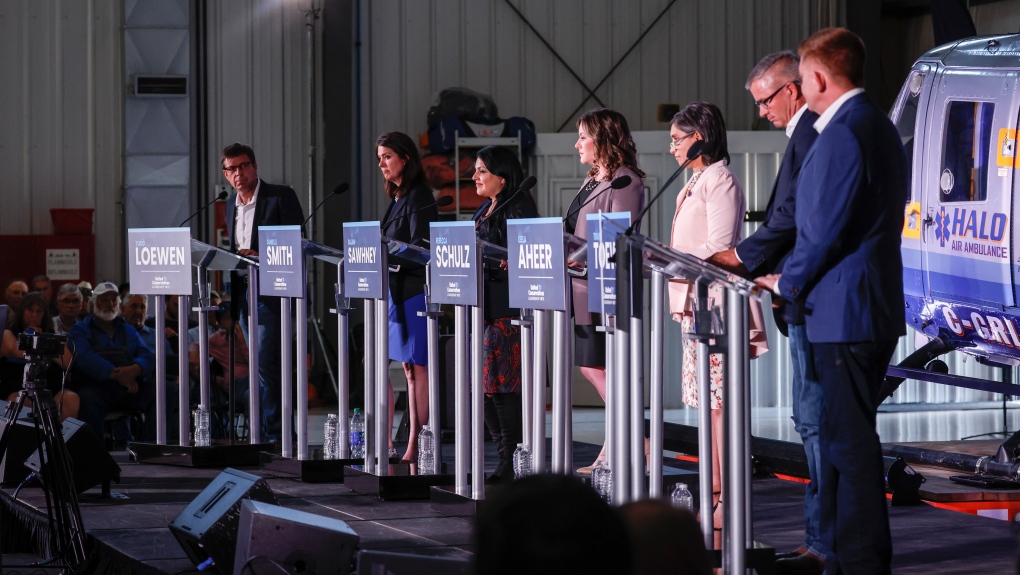 Alberta is three days away from learning who its next premier is.

The results of the governing United Conservative Party's leadership contest will be announced Thursday in Calgary.

Monday was the deadline for mail-in ballots to be received.

About 124,000 UCP members were eligible to vote between seven candidates vying for the job.

Party members will also be able to vote in person on Thursday in Edmonton, Calgary, Red Deer, Slave Lake and Taber.

The candidate who replaces Jason Kenney as party leader will also take his role at the helm of the Alberta government, which Kenney has maintained since resigning in May rather than the party appointing an interim leader.

According to UCP bylaws, the winning candidate must receive more than 50 per cent of the valid votes cast in a preferential ballot system. Voters will rank the candidates in order of their preference.