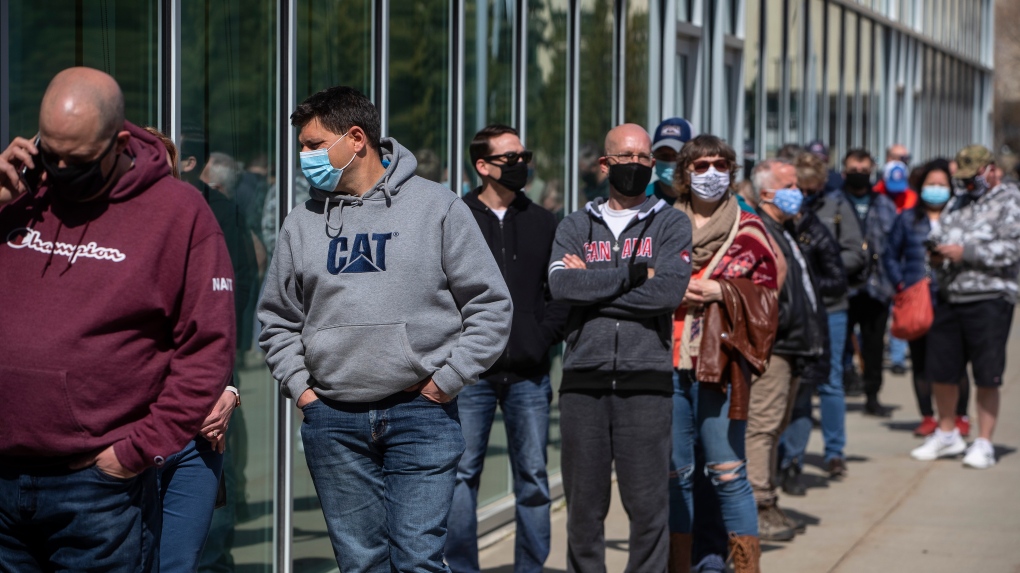 EDMONTON -- Alberta recorded fewer than a thousand new COVID-19 cases for a fifth consecutive day on Friday, as the province added 732 new cases heading into the Victoria Day long weekend.

Active cases fell for an 11th straight day, down to 16,577, about where they were mid-April.

Two more Albertans have died of COVID-19: a Central Zone woman in her 80s and a Calgary Zone man in his 60s.

There are now 638 Albertans in hospital receiving care for COVID-19, including 177 in intensive care units.

The number of ICU patients fell slightly for a second straight day after nearing and exceeding record levels over the past week.

Test positivity rate fell significantly for the first time in weeks, down to 7.39 per cent after exceeding nine per cent as far back as late April.

Vaccinations continue to grow rapidly, with Alberta Health saying a record-breaking 77,043 were administered on Thursday alone.

More than two million Albertans have now got a first shot of COVID-19 vaccine and more than 340,000 are fully immunized with two shots.

Most students are due to return to classrooms again on Tuesday after returning to online learning for the past weeks due to record-high COVID-19 case counts.

Alberta continues to have the highest per capita active case count of any Canadian province or territory.

The province says its data site will be updated over the long weekend, including the holiday Monday.