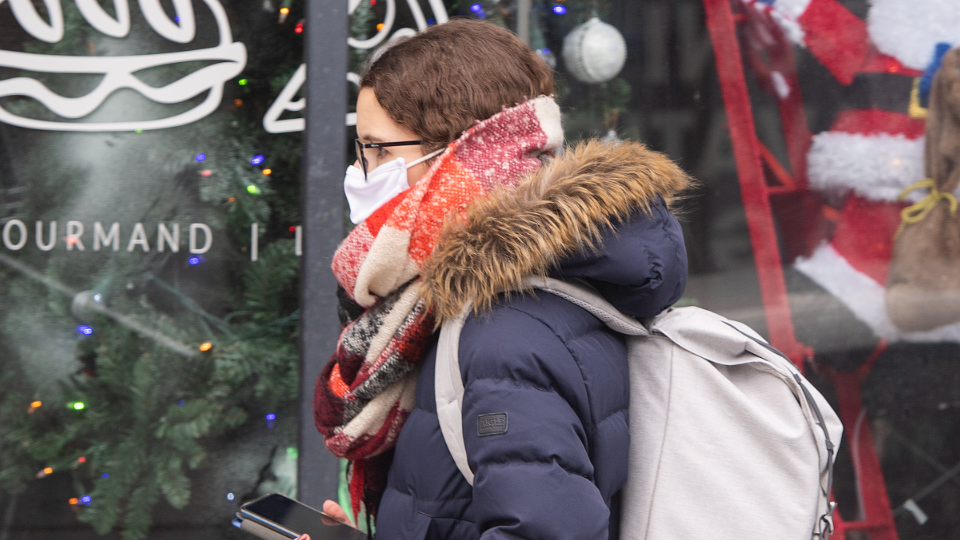 A woman wears a face mask as she walks by a cafe amid the global COVID-19 pandemic, in Montreal, Friday, Dec. 17, 2021. (THE CANADIAN PRESS/Graham Hughes)

Alberta now has 1,042 Albertans in hospital with the coronavirus, 38 of whom are receiving care in ICUs.

That is a decrease of 35 hospitalizations based off of last week’s update. The number of ICU admissions has decreased by eight.

Alberta Health data is routinely updated for accuracy and to account for reporting delays, and last week’s hospital numbers were retroactively increased from 1,077 to 1,131.

According to the province, 449 of the 1,131 people in hospital with COVID-19 last week were hospitalized for reasons directly related to the disease, while the other 682 people were admitted for other reasons, but incidentally tested positive. In the ICU, 50 per cent of patients were being treated because of the virus.

Alberta’s total number of COVID-19 related deaths went up by 46. Of the new deaths reported, 34 were retroactively added to past weeks, while 12 belong to this week.

The number of new cases is likely much higher because of testing limitations and because the province doesn't count positive results from rapid tests.

The average positivity rate is now at 14.17 per cent.

HOW DOES IT COMPARE?

On Dec. 5, 2021, there were 383 Albertans hospitalized with COVID-19. This year, there are more than double that amount, with 1,042 patients in hospital with the virus.

The wave that started in August 2021 and steadily grew throughout the fall reached its peak on Sep. 27 with 1,130 people in hospital and began to descend shortly thereafter. Alberta reached the same amount of hospitalizations by Oct. 23 of this year, hitting a peak of 1,188 on Nov. 14.

Hospitalizations have remained above 1,000 since Sept. 25.

Alberta’s fall wave in 2021 saw the highest number of patients requiring intensive care in the entirety of the pandemic, with 257 people in the ICU with COVID-19 at its peak on Sept. 28.

The next data update is scheduled for Wednesday, Dec. 14.