Alberta Health said around 15,857 tests were completed Thursday, giving the province a positivity rate of 11.12 per cent.

Hospitalizations declined slightly on Friday, as 1,066 people were in hospital being treated for COVID-19, compared to 1,083 on Thursday. The number of people in ICU remained steady at 263 — the third highest amount of patients to date.

The Edmonton zone leads the province for active cases with more than 5,000. The Calgary zone has 4,834 active infections while the North zone has 4,015.

The Edmonton zone also has the most patients in hospital, with 316, and the most in ICU, 115. The Calgary zone and Central zone have 284 and 186, respectively.

No other zone has more than 100 patients in ICU, while Calgary has 91.

The province has administered more than 6.08 million total doses of COVID-19 vaccines, with 74.5 per cent of those aged 12 and older being fully vaccinated.

The government also said all Alberta public service employees would have to show proof of vaccination or a negative test by next month. 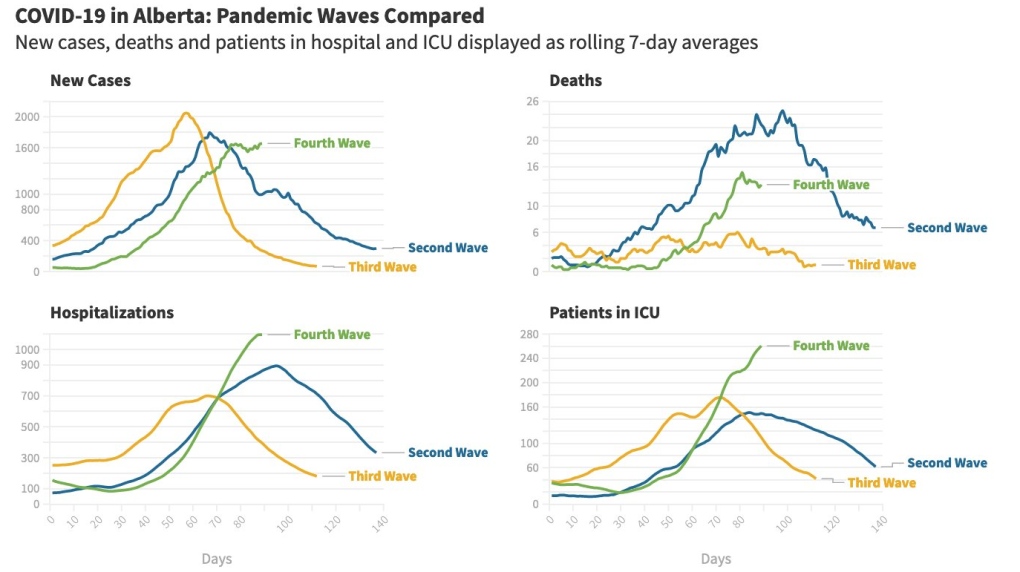