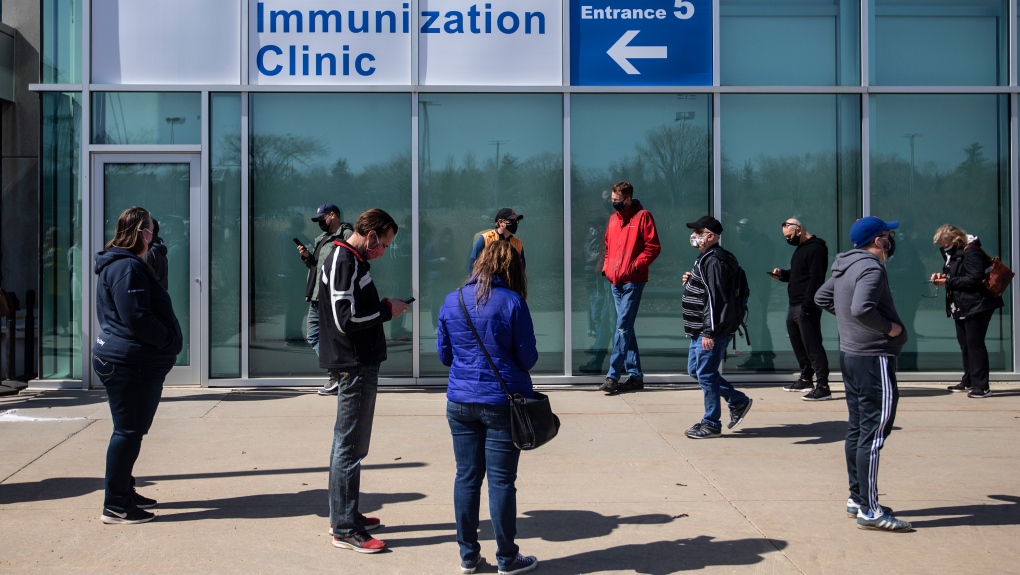 EDMONTON -- Alberta recorded 452 new cases of COVID-19 on Victoria Day Monday as most of the province's students ready to return to classrooms tomorrow.

Active cases continued to fall, down to 13,608 the lowest since April 9.

The number of patients receiving care in intensive care units remained high at 161. Those patients are included in the 569 total hospitalized COVID-19 patients.

The province administered just over five thousand tests on Sunday with a positivity rate of 8.91 per cent.

More than 2.17 million Albertans, including more than 57 per cent of those over the age of 12, have now received at least a first dose of COVID-19 vaccine. More than 353,000 have received a second dose.

Premier Jason Kenney hinted last week that the province's latest reopening plan would be released in the coming days.

The province's chief medical officer of health, Dr. Deena Hinshaw, is expected to return to give an in-person update early this week as well.