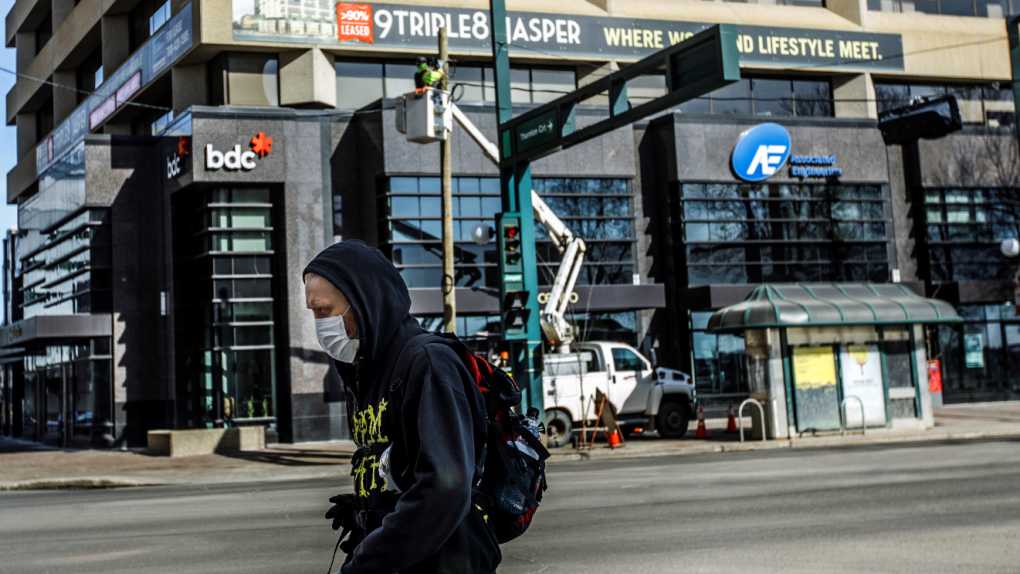 A pedestrian wearing a mask walks down the empty streets of downtown Edmonton as people stay in to protect against getting the COVID-19 virus, in Edmonton on Sunday March 22, 2020. THE CANADIAN PRESS/Jason Franson

Regional information on vaccine distribution has only recently been made available.

On May 1, the province announced it had stopped testing all samples and was screening only a representative samples from specific populations in order to maintain capacity. The change in variant testing volume is reflected in the orange bars in the graph below.