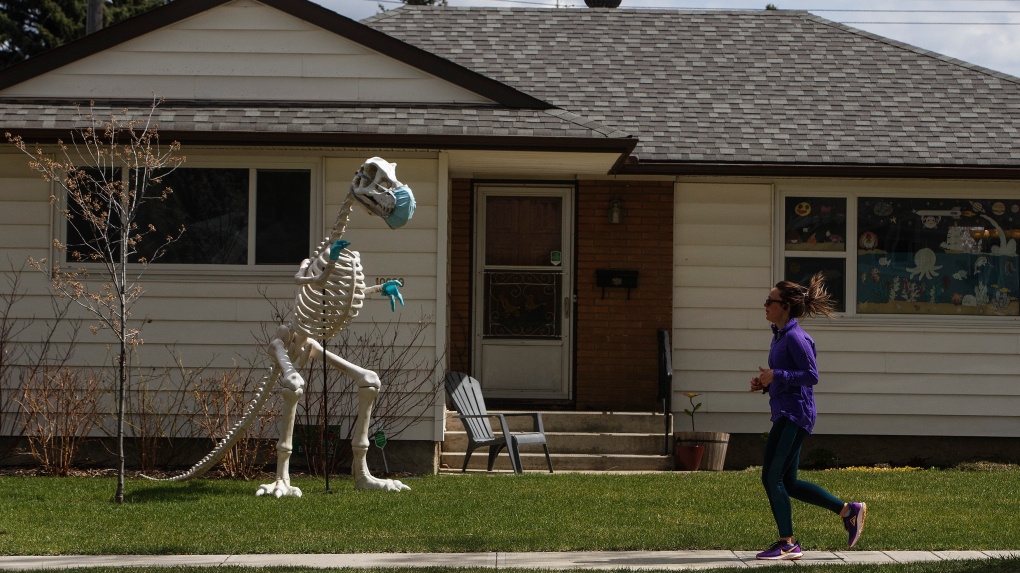 A runner jogs past a dinosaur wearing a mask and gloves, during the COVID-19 pandemic, in Edmonton on Saturday, May 9, 2020. THE CANADIAN PRESS/Jason Franson

This page will not be updated from April 17 onwards. Regular updates will resume April 26.

Data on COVID-19 is largely focused on the international, national or provincial level, but statistics compiled by CTV News illustrate how the coronavirus is affecting Edmonton and its individual communities.

The city of Edmonton is distinct from the Edmonton health zone, which includes communities far beyond the city itself.

Some data is only made available by zones, but unless otherwise specifically indicated, numbers on this page are for the city itself.

Note, the 15 subzones cover the vast majority, though not all, of the area inside the city's coroporate boundaries.

Alberta Health has said its typical ICU capacity was around 270 ICU beds but that number could greatly increase if needed, though at the cost of fewer beds and other resources for other patients and procedures.

Variants are identified by the location of their discovery or through letters and numbers. In an effort to avoid stigmatizing entire cities and countries where these variants first emerged, an effort has been made to rename them.