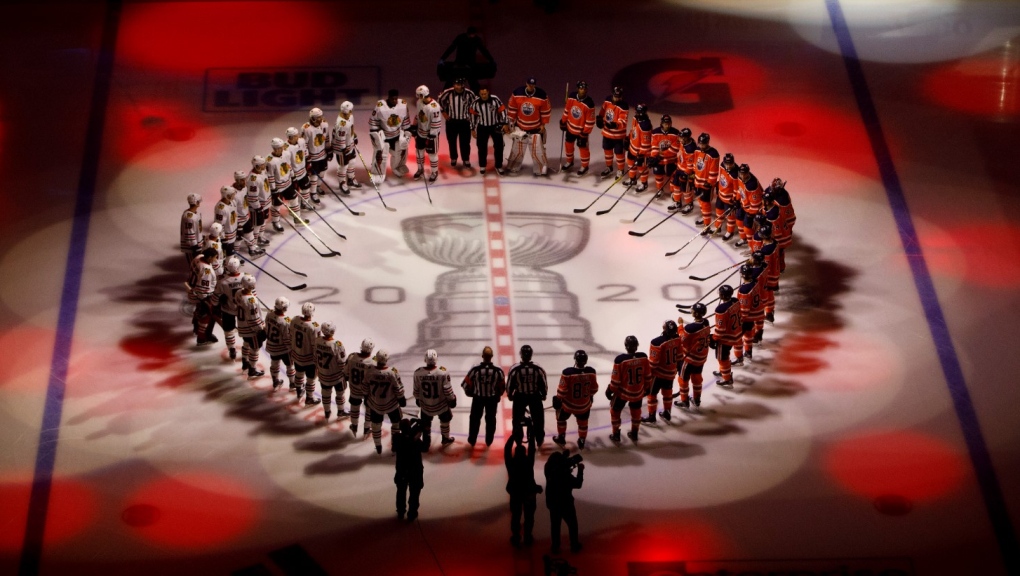 Edmonton Oilers and the Chicago Blackhawks circle for the national anthem before an NHL playoff game in Edmonton, Saturday, Aug. 1, 2020. THE CANADIAN PRESS/Jason Franson​

The city of Edmonton is distinct from the Edmonton zone, which includes communities far beyond the city itself. You can see a map displaying the boundaries of the five AHS health zones across the province here.

Alberta Health Services divides the city of Edmonton into 15 subzones as seen in the map above.

Note, the subzones cover the vast majority, though not all, of the area inside the city's coroporate boundaries as seen in the map above.