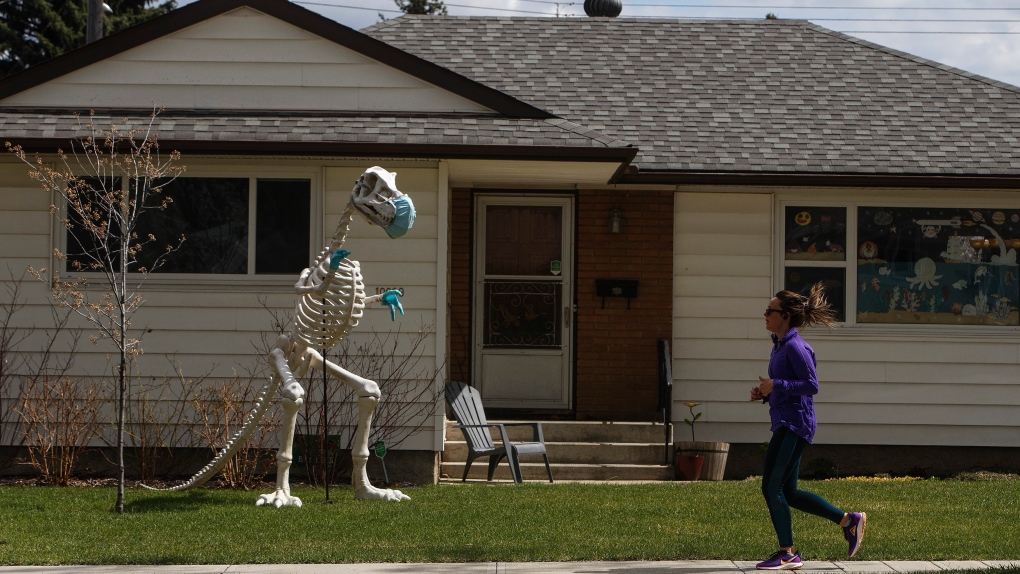 A runner jogs past a dinosaur wearing a mask and gloves, during the COVID-19 pandemic, in Edmonton on Saturday, May 9, 2020. THE CANADIAN PRESS/Jason Franson

This page and its charts will not be updated between Sept. 17 and Sept. 21. Regular updates will resume Sept. 22.

Data on COVID-19 is largely focused on the international, national or provincial level, but statistics. compiled by CTV News illustrate how the coronavirus is affecting Edmonton and its individual communities.

Note, the 15 subzones cover the vast majority, though not all, of the area inside the city's coroporate boundaries as seen in the map above.

Testing for asymptomatic individuals is also being made available at an increasing number of pharamacies across the province. See Edmonton locations that are offering testing here.

Test positivity percentage is a statistic provided by the province that takes into account the processing time of between two to seven days needed to determine the outcome of the test.

The province often revises data, and reclassifies cases to other health zones or subzones which can cause a sudden rise or drop in cases for a given location.​ Case counts can rise or fall retroactively as probable cases are taken into account.