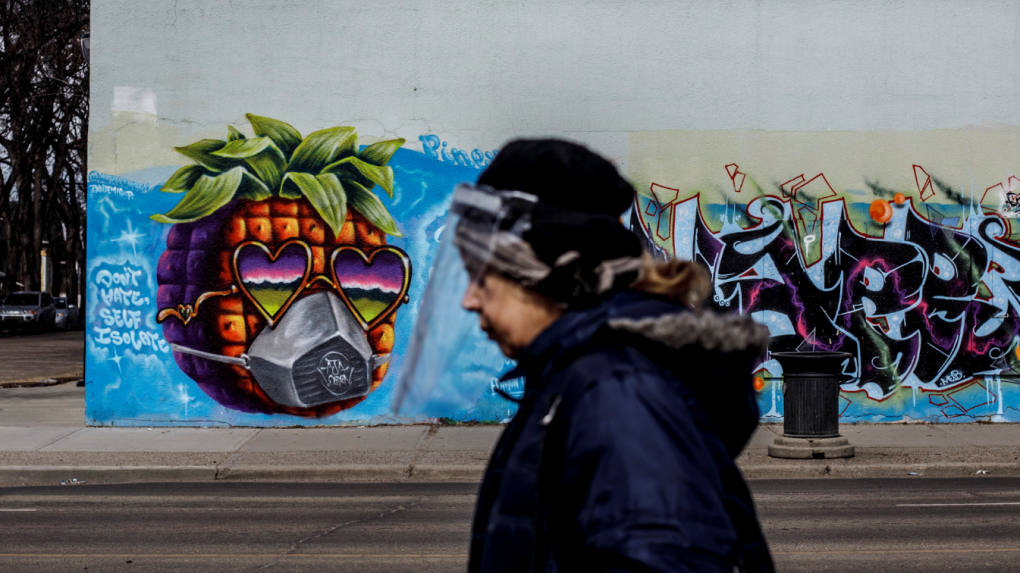 A person wearing a protective face shield walks past a mural during the COVID-19 Pandemic, in Edmonton Alta, on Wednesday April 15, 2020. THE CANADIAN PRESS/Jason Franson​

It is important to note that Alberta is screening both current and historical cases, meaning the date a variant case is reported is not necessarily tied to when the infection actually happened.