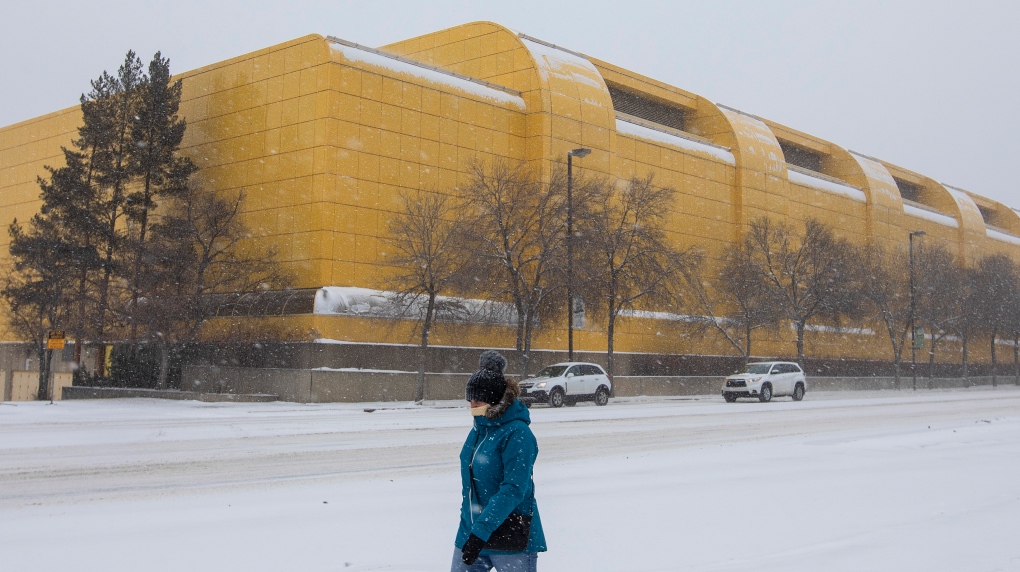 A pedestrian walks past the University of Alberta Butter Dome which is being turned into a field hospital to help with COVID-19 patients in Edmonton Alta, on Thursday December 17, 2020. THE CANADIAN PRESS/Jason Franson