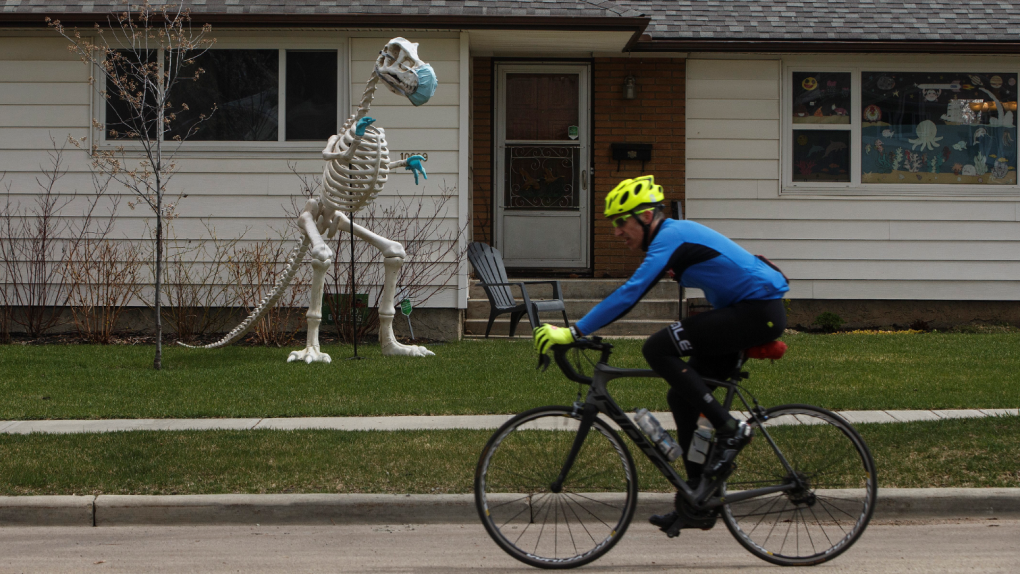 A cyclist rides past a dinosaur wearing a mask and gloves, during the COVID-19 pandemic, in Edmonton on Saturday, May 9, 2020. THE CANADIAN PRESS/Jason Franson

Click the legend on each graph to filter for specific subzones.