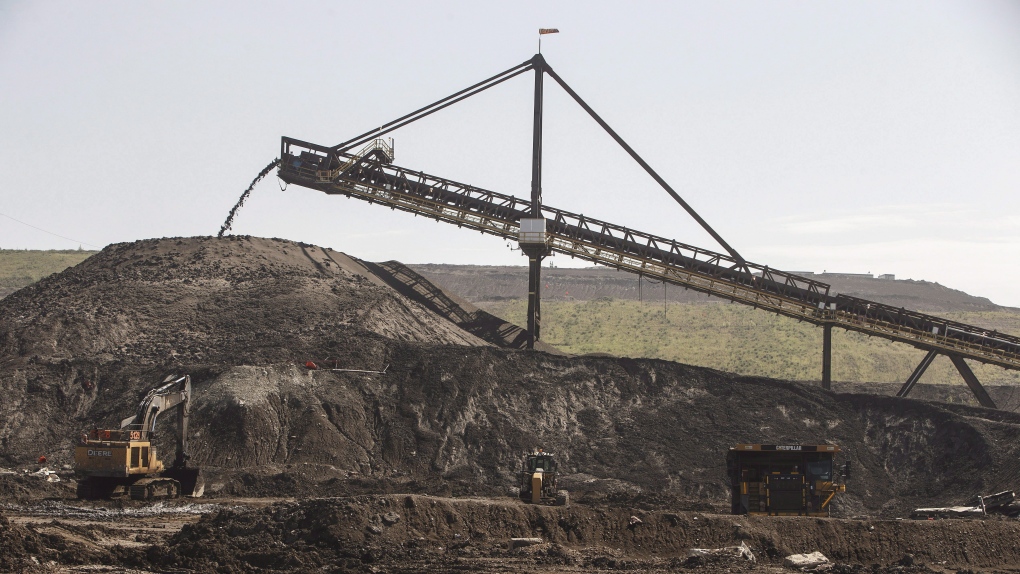 A hopper moves dirt in Suncor's Millennium mine in the oil sands in Fort McMurray Alta, on Monday June 13, 2017. THE CANADIAN PRESS/Jason Franson

CALGARY -- A COVID-19 scare at an oilsands staff lodge north of Fort McMurray, Alta., last week tested the pandemic preparedness of one of the many businesses that house, feed and transport workers at resource extraction sites.

Civeo Corp., which runs the Borealis Lodge by Suncor Energy's base mine, said Friday that a worker staying there was taken to hospital with novel-coronavirus-like symptoms. On Tuesday, it said the test was negative.

“I have to commend the Civeo protocols. Yes, that individual came back negative. But nothing would have been handled different if he'd come back positive,” said Robb, also administrator of Unite Here Local 47, which represents Alberta work-camp cleaners and cooks.

“We did it right. We did it following those directives and the workers listened.”

Oilsands mines rely on thousands of workers from across the country who fly to sites and stay there for several days or weeks at a time.

Companies have sent non-essential staff home, but some are allowing workers who don't want to risk travelling to hunker down in lodges on their days off, Robb said.

He said lodges these days generally have private rooms, but special care is being taken in common areas such as dining rooms, where staff are working 10-hour days wiping and sanitizing.

He said as soon as the worker at Borealis fell ill, the dining room was closed and resanitized. Dinner was served as takeout.

“Their protocols and their readiness was tested that day,” said Robb. “It was pretty much flawless.”

Canadian North is continuing to fly workers to and from their jobs, but with extra precautions.

“We provide an operationally critical role for them,” said the airline's communications manager, Kelly Lewis. “What we do can't stop right now.”

Earlier this month, one of its oilsands-bound planes turned back to Edmonton because one of the crew got word that a family member had tested positive for COVID-19.

Blankets, pillows and in-flight magazines have been taken away. Frequently touched surfaces are being sprayed down with a bleach solution.

Workers travelling to or from sites are presenting paper boarding cards instead of reusable plastic ones. Passengers are being spaced as far apart as possible.

Scott Davis, director of emergency management for the Regional Municipality of Wood Buffalo, said the municipality has a mutual aid agreement with oilsands operators, but generally companies have the resources and ability to handle situations themselves.

“I feel they're taking great steps,” said Davis, who noted that there's enough space in accommodations to allow for isolation.

“I haven't heard anything of concern from them whatsoever. My understanding is they're coping well.”

Davis said shutting down work camps is not an option.

This report by The Canadian Press was first published March 25, 2020

Can I go for a walk during a global pandemic?

'We are collapsing': Virus pummels medics in Spain and Italy

How to isolate when someone's sick with COVID-19 at home

No haircuts or manicures: How Ontario's beauty industry is coping with COVID-19