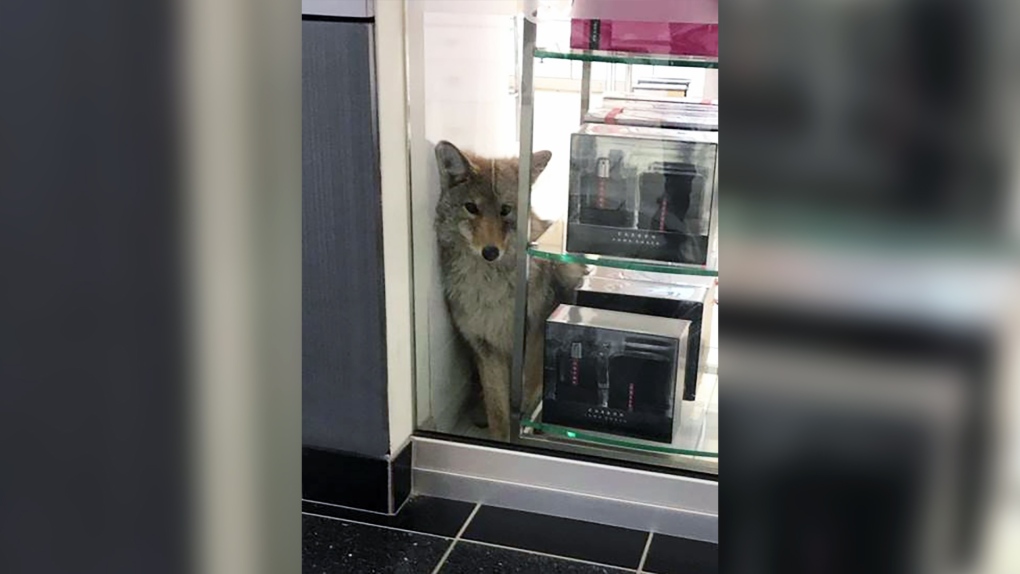 EDMONTON -- A coyote attempted to take care of some Christmas shopping in a Shoppers Drug Mart in Grande Prairie, Alta., on Wednesday.

It happened around 1:30 p.m. in the Shoppers in the Prairie Mall.

The coyote managed to get in through the automatic doors and spent about an hour shopping before Alberta Fish and Wildlife arrived to give it a ride home.

Staff didn’t have to close the store, but did manage to block the coyote in the boutique area until wildlife officers arrived.

Alberta Fish and Wildlife said a snare pole was used to capture the animal and move it outside the building.

Officers planned to relocate the coyote outside the city, but it managed to escape and run away as it was being moved into a crate.

Officials said the animal wasn’t exhibiting any aggressive behaviour, so they have no public safety concerns.

No one was injured, and no damage was done to the store.

Alberta Fish and Wildlife said if you encounter a coyote, make the experience unpleasant for the coyote by making yourself appear larger. Wave your arms overhead or thrust long sticks at the coyote.

You could also throw rocks or speak in a deep voice and maintain eye contact.

Do not turn your back on the animal, as this will encourage it to chase you.

If you see a coyote that is sick or too injured to move, or behaving aggressively towards people, call a wildlife officer through the Report-A-Poacher line at 1-800-642-3800.