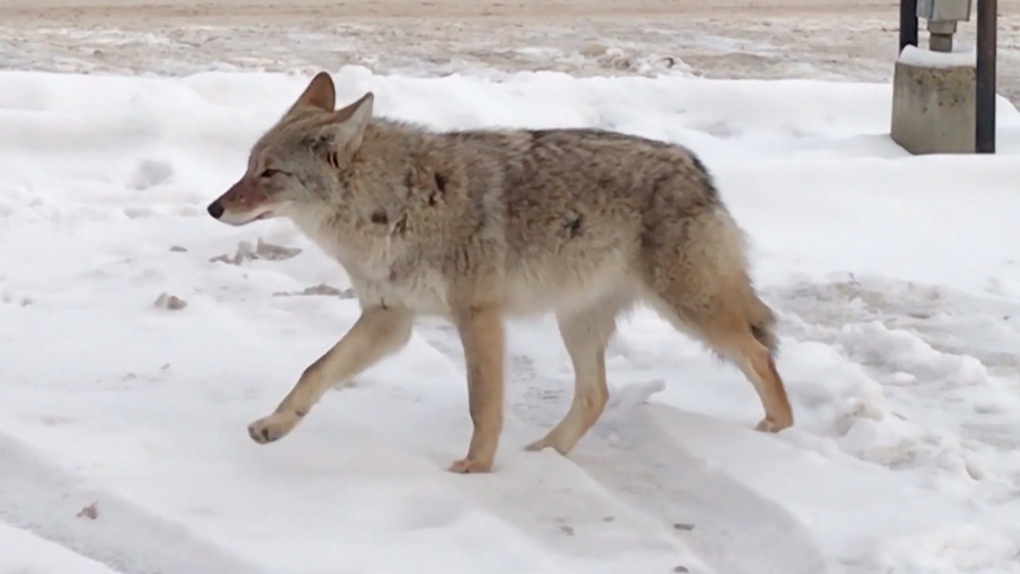 Edmonton park rangers say the coyotes may be less timid and more visible from now until mating season has ended. (File Photo)

EDMONTON -- Coyote-mating season has arrived – and with it comes some danger, according to Edmonton park rangers.

Officials say the wild canines may be less timid and more visible from now until mating season has ended.

As coyotes establish dens and begin to breed their behaviour toward other animals can become quite territorial and aggressive.

Pet owners who live near ravines, parks, or greenspace are cautioned to be aware of the coyote danger.

Officials recommend keeping dogs on leashes when walking anywhere other than off-leash areas.

It's coyote mating season in #yeg with denning season shortly to follow. Coyotes may be bolder and more visible. 1/2 pic.twitter.com/AQNwB9X3aD

City of Edmonton park ranger Gareth Villanueva told CTV News Edmonton while coyotes do pose a threat to other animals, attacks on humans are rare.

"We do have, I would say 'quite rare,' attacks on people," said Villanueva. "But the majority of the aggression is usually directed towards other dogs because they view it as a more territorial threat, especially at this time of year."

Edmonton had three reported incidents of coyotes attacking humans in 2019. A dog was present in each instance.

"In situations like that," he said. "If we're able to locate where the den is, we'll put up some signage in the area to warn people." 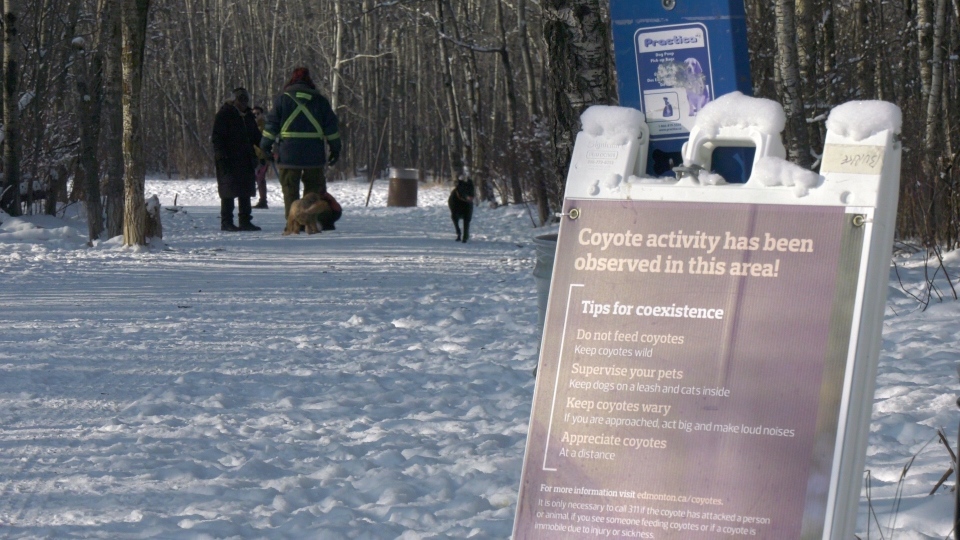 So far Edmonton park rangers have posted 15 temporary warning signs in areas where increased coyote activity has been seen recently. Villanueva expects to post more before mating season is done.

"If you find anything that you think might be a coyote den take a picture, take a GPS tag, send it to us through 311," said Villanueva.

According to Villanueva coyote dens are fairly easy to spot.

"It's usually a fairly large hole in the ground with canine tracks leading up to it."

The park ranger cautions dog owners to keep a close eye on their animals – and says if a coyote does present itself they aren't very difficult to scare off.

"If you happen to see any coyotes the best thing to do is wave your arms, clap your hands, stomp your feet, shout at them and that's your best bet. Nine times out of 10 the coyote is gonna bolt." 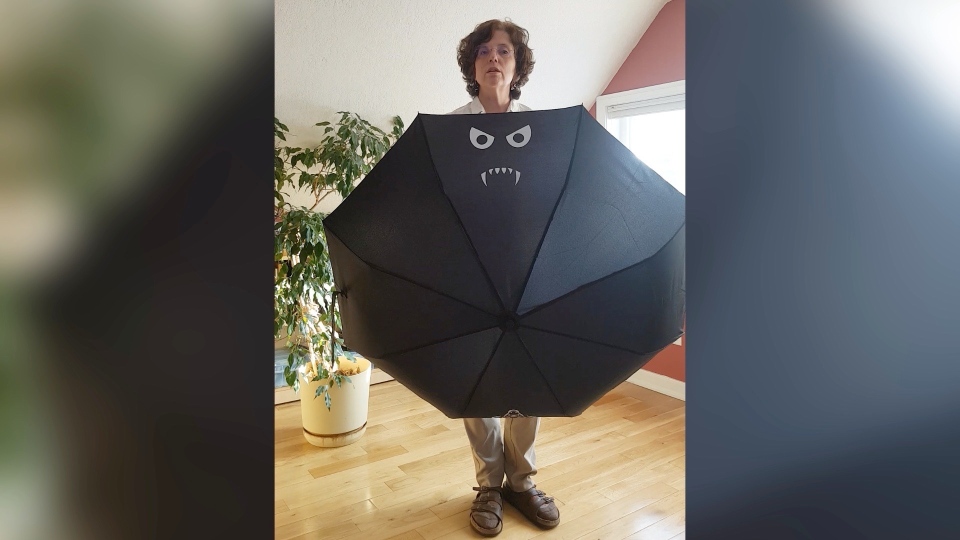 "Others have suggested that umbrellas are useful in this context because they create a sudden barrier between an animal and the person holding the umbrella," she said.

The U of A professor says she intends to test the umbrella method herself in the coming months.

As for when the danger posed by coyotes in Edmonton starts to calm down, according to Villanueva, that generally happens by the beginning of April, when their puppies start to emerge from their dens.

"The dens have already been established, the pups have already been born," he said. "There might still be a little bit of territorial aggression right around the den, but as the pups grow older and get a bit more independent the parents seem to calm down a bit."