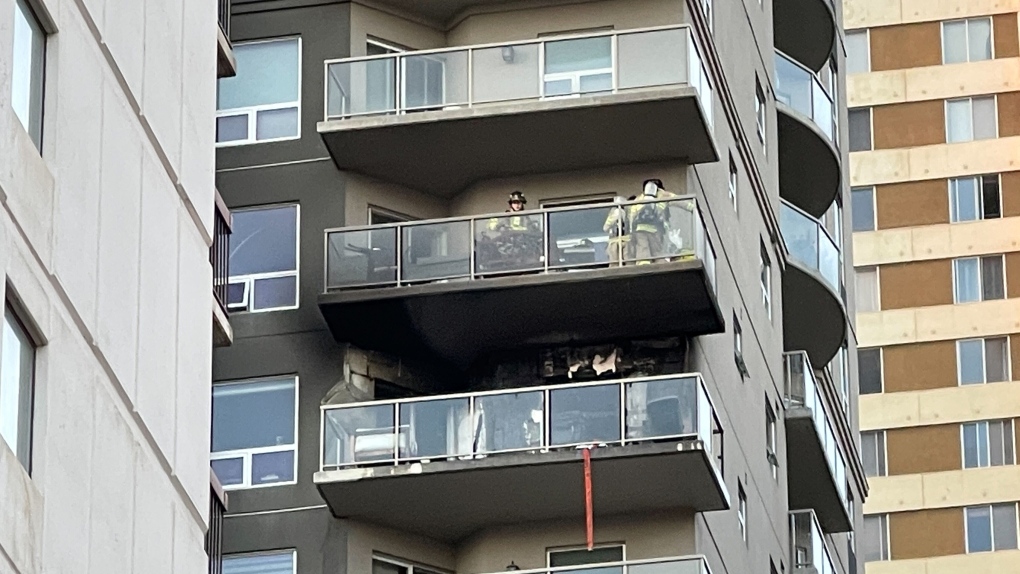 Fire investigators are probing a downtown apartment balcony after a fire Monday evening damaged one suite.

Edmonton Fire Rescue Services responded to a high-rise complex at 98 Avenue and 104 Street around 6:24 p.m. for reports of a fire on the eight or ninth floor.

Crews arrived within minutes, found flames impacting one balcony, and called a second alarm for reinforcements. 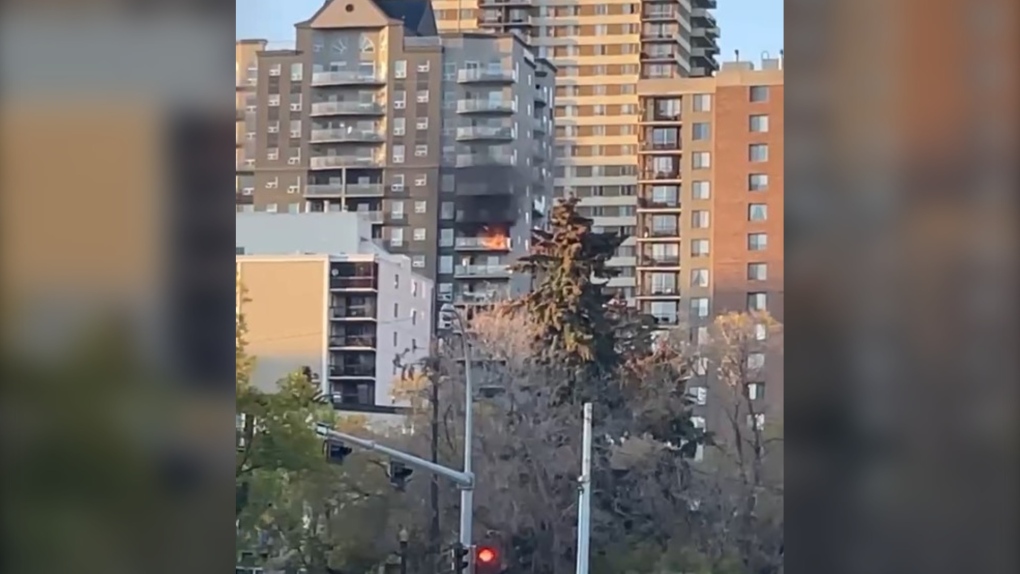 In total, 10 trucks responded, in addition to a hazardous materials team and fire investigators.

The blaze was brought under control in approximately 20 minutes and fully extinguished by 7:25 p.m.

No injuries were reported to emergency crews, and all residents of the building were able to self-evacuate.

The cause of the fire is still under investigation, damage is estimated at $350,000.