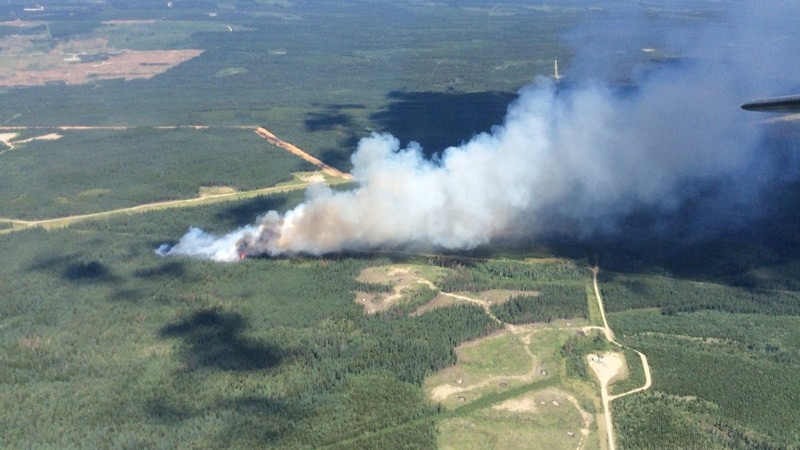 The Edson Forest Area wildfire hasn’t expanded according to AHS officials, but crews are still battling the blaze.

Officials say that as of Wednesday night, the out-of-control fire is about 15 per cent contained at 1,137-hectares.

The wildfire is approximately fifteen kilometres southeast of Hinton.

There are 70 firefighters, seven helicopters and some heavy equipment who are continuing to fight the north side of the wildfire and air tankers will focus on the south.

The following roads have been closed or restricted by Alberta Transportation:

Officials said that there is one more fire burning in the Edson Forest Area. It is approximately 2.57-hectares in size and is being closely monitored until it is extinguished.

Albert Wildfire, Yellowhead County, the Town of Hinton, the Town of Edson, Alberta Parks, and the RCMP are working closely together on the wildfire.

Up-to-date information can be found here.