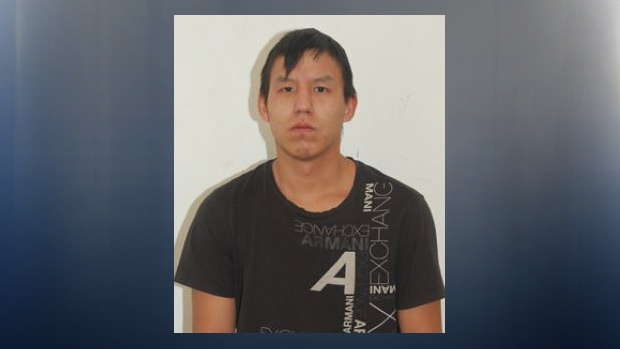 Kevin Yellowbird, 27, is shown in an undated photo released by RCMP. Supplied.
Edmonton -

Kevin Yellowbird was stabbed in the back 10 times and then left to die in a ditch in Sturgeon County, and the Crown is seeking 10 years for each of the four men who pleaded guilty to manslaughter in the case.

On July 28, Court of Queen's Bench Justice Adam Germain heard that Yellowbird suffered from 10 stab wounds during a kidnapping, but it is unknown which of the four men stabbed him. Yellowbird died of the wounds, as one penetrated his lung, and he was left in the tall grass along a barbed-wire fence near Legal.

Tyler Fischer, Skylar McGilvery, Sterling McGilvery, and Cougar Fafard were originally arrested and charged with kidnapping and murder on Feb. 15, 2018, but have since pleaded guilty to manslaughter.

Crown prosecutor Lawrence Van Dyke said Yellowbird was “brutally killed,” but they can't prove which of the four men inflicted the wounds.

“On a normal case you would know who the principal assaulter was, who perpetrated the violence,” Van Dyke said.

“Here it is complicated because we don't know who the stabber is.”

If it was clear which one of the men committed the stabbing, that person would face first-degree murder charges, Van Dyke said.

According to the agreed statement of facts, Yellowbird, a street-level drug dealer and member of the Redd Alert gang, was driven to a house in Edmonton on Sept. 16, 2017, at around 7:30 p.m. by two friends with the expectation he would quickly pick up drugs and money and return to the car. Yellowbird didn't return, and when his friends inquired at the door of the house, they were told he wasn't there.

Around two hours later, Yellowbird was brought against his will by two of the four guilty men, although it is unknown which two, into the SUV of a friend of Skylar McGilvery's girlfriend. The friend was driving with the four men and two other women in the vehicle at the time with Yellowbird, who was visibly injured with a bloody and swollen face.

Skylar McGilvery instructed the driver out of town, around a 30- to 40-minute drive, near Legal, while loud music was playing in the car. Skylar McGilvery told everyone to turn their phones off.

Van Dyke said Yellowbird was “already injured and actively bleeding” when he was taken out of town and the group “elevated those circumstances by taking him on a drive out to the country.”

The driver got the signal to return after five to 15 minutes and returned to the spot where she had dropped off the men. The four guilty parties got back into the car without Yellowbird. The driver and two other passengers did not see what happened to Yellowbird, as it was dark outside and there was long grass shielding their view.

The driver was instructed to drive back into Edmonton and when she inquired about what happened to Yellowbird she was told not to worry about it. The driver assumed Yellowbird had been beaten up and left behind.

On the way back to Edmonton, the group of seven drove to a liquor store where Skylar McGilvery, an unknown man, and the third woman in the vehicle went into a Liquor Depot and stole $243 in alcohol. The group then proceeded to go to Tyler Fischer's apartment and stayed there for the night.

While Crown prosecutors are asking for 10 years for each of the men, defence counsel for all four guilty parties is asking for eight-year sentences.

Van Dyke said the aggravating factors in the case include that the killing occurred in the context of a kidnapping and there was “strength in numbers” when the four men assaulted and killed Yellowbird.

The four guilty men had 30 to 45 minutes to plan and think about the crime they were committing on their way out to the rural area, Van Dyke said. Yellowbird was also “simply abandoned in the ditch and left to die” Van Dyke said.

All four men have lengthy criminal records, with past offences for violence and edged weapons, the Crown said.

The four pleaded guilty, Van Dkye said, although it was extremely late - the last week of April 2021, right before the matter was slated to go to trial, three-and-a-half-years after the incident.

Court head that many of the men had difficult upbringings due to the impact of colonialism and residential schools. Sterling McGilvery's defence counsel Anwar Jarrah said he is a “poster child for Gladue factors.”

A Gladue report is “culturally situated information which places the offender in a broader socio-historical context â€¦ and reframes the offender's risks/need by holistically positioning the individual as part of a community and as a product of many experiences.”

Sterling McGilvery, 28, was around 24 at the time of the crime. He told the Gladue report writer he was selling drugs by the age of 12 and has witnessed assaults, robberies, and drug dealing for many years. Between the age of seven until he was 19, Sterling McGilvery was under a permanent guardianship order with Child and Family Services, as his mother suffered from addictions. He never knew his father. While he was in care, he suffered from physical and mental abuse.

Sterling McGilvery was partially raised by his maternal grandparents, who attended residential schools, which caused the family to have a mistrust of the system, including for health-care needs.

Since Sterling McGilvery has been incarcerated, he has been part of the suboxone program and sober.

“I do take responsibility for my actions,” Sterling McGilvery told the court.

Skylar McGilvery, Sterling McGilvery's younger brother, was apprehended by Child and Family Services when he was five because of his mother's struggles with drug addiction. Skylar McGilvery was moved between foster homes and group homes, but would run away often to be with his grandparents. Skylar McGilvery said he has struggled with addictions.

Fafard, 27, was born with fetal alcohol spectrum disorders and at 13 started using drugs with his mom. Fafard's family members were victims of both the Sixties Scoop and residential schools.

Fafard's father was murdered when he was two. Fafard raised his younger siblings and suffered from physical and sexual abuse from one of his mother's boyfriends. Fafard and his siblings are in foster care, but Fafard frequently runs away to be with his mother and they do drugs together.

Through his life, Fafard has lived on the streets.

“You can see a direct line, how the actions of the government from the Sixties Scoop to residential schools have now created a situation where Mr. Fafard finds himself,” said his defence lawyer Nicole Sissons.

“When you look at Mr. Fafard's upbringing I don't know how you have any other alternative.”

Fischer, 34, the oldest of the four, has been out on bail since August 2019 and his since gotten married and started working as a roofer.

“He had a daily fentanyl and meth habit, which essentially fueled his criminality and anti-social lifestyle,” Raponi said.

Since his release, Fischer has been on the suboxone program and has been sober.

Fischer said he is very sad for what happened and said it happened back when he was addicted to drugs.

All four men are set to be sentenced on Oct. 7 at the Court of Queen's Bench in Edmonton.