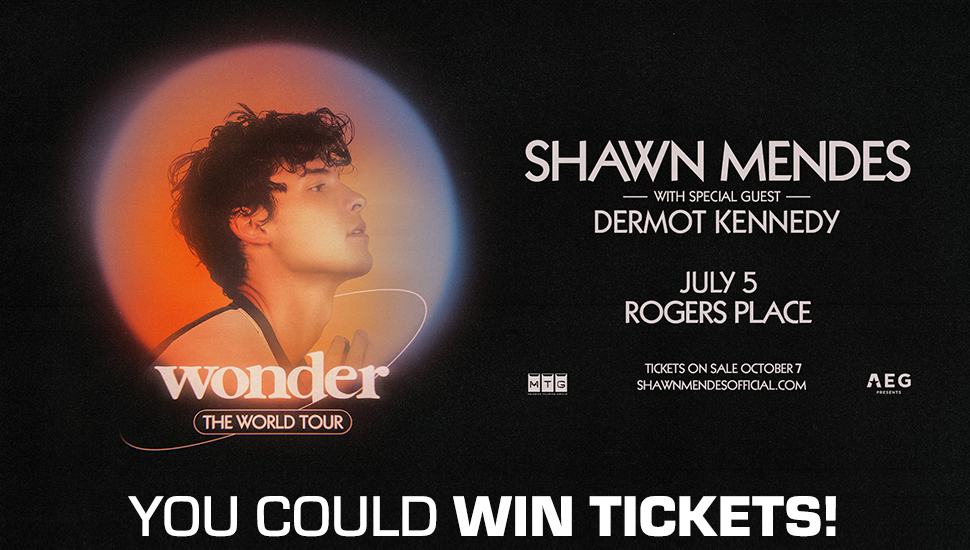 GRAMMY nominated, multi-platinum singer/songwriter Shawn Mendes has announced his 2022 “Wonder: The World Tour” today, which will include 64 arena dates spanning across North America, the UK and Europe.

The tour announce follows Shawn’s most recent album Wonder - which debuted at #1 on the Billboard Top 200, making Mendes one of three male artists ever to score four #1 albums by 22 years old – as well as his new hit single, “Summer of Love” with Tainy.

On the tour, Shawn will be joined by King Princess in the UK and Europe, and Dermot Kennedy and Tate McRae in North America (see tour listings for respective opener in each city).

Enter for your chance to win one of four pairs of tickets to see Shawn Mendes in Edmonton at Rogers Place on July 5, 2022!