2. The Contest sponsor is Bell Media Inc (hereinafter referred to as the “Contest Sponsor”).

5. No purchase necessary. Void where prohibited. Limit of one (1) Prize (defined below) per person/household/email address/telephone number.

6. To enter and to be eligible to win, entrant must be a legal resident of Alberta, residing north of the southern boundary of Red Deer County, and be eighteen (18) years of age or older. Employees and their parents, siblings and children, and persons domiciled with an employee of the Contest Sponsor, its agents, parent, affiliated or related companies, subsidiaries, divisions, prize sponsors, promotional and advertising agencies and administrators (collectively, the “Contest Parties”) are ineligible to enter.

7. Prize - There is one (1) prize available to be won (each, a “Prize”). It consists of: • Two, non-stop, round-trip, business class tickets to San Francisco via Air Canada flying out of Edmonton International Airport - Valued at $2500.00 (one flight for two) • One Airport City package that includes one 8-day Parkade parking pass, two $50.00 Premium Outlet Mall gift cards, two Plaza Premium Lounge passes and two Gate to Escape Massage certificates - Valued at $450.00 • A hotel credit of $550.00 to be used at the hotel of the winner’s choice Prize has an approximate retail value of $3600.00 CAD. The Prize must be accepted as awarded and are not transferable, assignable or convertible to cash (except as may be specifically permitted by the Contest Sponsor in its sole and absolute discretion). No substitutions except at Contest Sponsor’s option. The Contest Sponsor reserves the right, in its sole and absolute discretion, to substitute any Prize or a component thereof with a prize of equal or greater retail value, including, without limitation, but at Sponsor’s sole and absolute discretion, a cash award. All costs and expenses that are not indicated above as include in the applicable Prize are the winner’s sole responsibility.

9. By entering this Contest the entrants and participants automatically agree to accept and abide by these Rules. All decisions of the Contest Sponsor with respect to any aspect of this Contest, including without limitation the eligibility of Entries, are final and binding on all entrants in all matters as they relate to this Contest.

10. All Entries become property of Contest Sponsor who assumes no responsibility for garbled, lost, late, delayed, destroyed or misdirected Entries, mail, voice messages, e-mail, text message or any computer errors or malfunctions. No correspondence will be entered into except with entrants requesting Rules by mail or requesting the names of the Prize winner (for which a self-addressed, postage paid envelope must be included). Contest Sponsor does not assume any responsibility for incorrect or inaccurate capture of entry information, technical malfunctions, human or technical error, seeding or printing errors, lost, delayed or garbled data or transmissions, omission, interruption, deletion, defect or failures of any telephone or computer line or network, computer equipment, software or any combination thereof. Entry materials or data that have been tampered with or altered are void. If for any reason, in the opinion of the Contest Sponsor, in its sole discretion, the Contest is not capable of running as originally planned, or if the administration, security, fairness, integrity or the proper conduct of the Contest is corrupted or adversely affected, including by reason of infection by computer virus, bugs, tampering, unauthorized intervention, fraud, technical failures or any other causes beyond its control, Contest Sponsor reserves its right to cancel, terminate, modify, amend, extend or suspend the Contest, and/or select the winner from previously received eligible Entries. Contest Sponsor reserves its right to modify the Rules without materially affecting the terms and conditions hereof. The Contest Sponsor reserves its right in its sole discretion to disqualify any individual they find to be tampering with the entry process or the operation of the Contest or to be acting in violation of the Rules or otherwise in a disruptive manner. Any attempts to deliberately damage the Contest web site or to undermine the legitimate operation of this Contest is a violation of criminal and civil laws and should such an attempt be made the Contest Sponsor reserves its right to seek remedies and damages to the fullest extent of the law. Contest Sponsor shall not be held responsible for any errors or negligence that may arise or occur in connection with the Contest including any damage to an entrant’s computer equipment, system, software or any combination thereof, as a result of their participation in this Contest or from downloading any material from the Contest web site. Without limiting the generality of the forgoing, the Contest Sponsor reserves the right, in its sole and absolute discretion, to administer an alternate test of skill as it deems appropriate based on the circumstances and/or to comply with applicable law.

11. Contest is subject to all applicable federal, provincial and municipal laws and regulations. By entering this Contest each entrant consents to the collection, use and distribution of his or her personal information (information that identifies an entrant as an individual, such as home telephone number, age and home address) by the Contest Sponsor for the purposes of implementing, administering and fulfilling this Contest. Contest Sponsor will not sell or transmit this information to third parties except for the purposes of administering this Contest. By entering the Contest, entrants consent to the manner of collection, use and disclosure of personal information as set out in Bell Media Inc.'s Privacy Policy, which is available at bellmedia.ca/about/Media_Privacy.page. Any inquiry concerning the personal information held by the Contest Sponsor should be addressed to Bell Media Inc. at 18520 – Stony Plain Road Edmonton, AB T5S 2E2.

13. All intellectual property, including but not limited to trade-marks, trade-names, logos, designs, promotional materials, web pages, source codes, drawings, illustrations, slogans and representations are owned by the Contest Sponsor and/or its affiliates. All rights are reserved. Unauthorized copying or use of any copyrighted material or intellectual property without the express written consent of its owner is strictly prohibited. 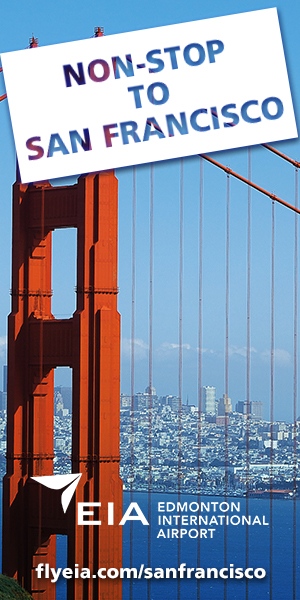